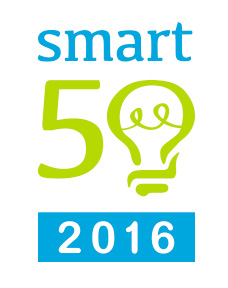 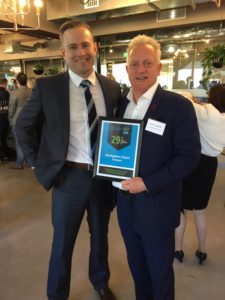 Development Finance Partners (DFP) has again been recognised as one of Australia’s most innovative and fastest growing companies in the 2016 Smart50 Awards.
Ranked at 29 up from number 40 in 2015, the award recognises DFP’s innovation in creating the DFP Equity Fund, the doubling of staff numbers and significant growth in the past 12 months.
Co-Founders and Directors Baxter Gamble and Matthew Royal celebrated the award in Melbourne on Thursday, November 3 at The Cluster co-working space.
Designed to recognise Australia’s fastest-growing SMEs, the Smart50 Awards recognise 50 independent Australian businesses. The list of 50 companies is ranked according to overall revenue growth over a three year period. To place on the list, companies must have recorded revenue of more than $500,000, and achieved revenue growth, during the past three financial years.