APRA’s latest could signal fresh hope for borrowers and lenders 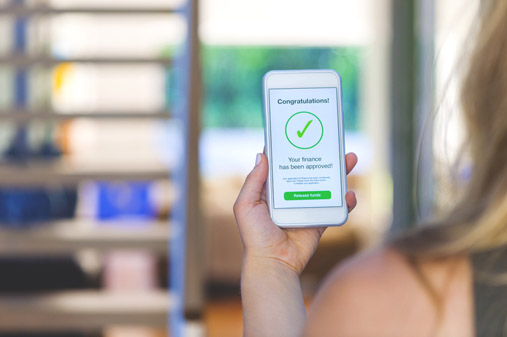 APRA’s latest could signal fresh hope for borrowers and lenders

The interest rate ‘floor’, which was introduced by the Australian Prudential Regulation Authority (APRA) in 2014 to temper soaring property prices and housing investor loan growth, could be lifted as the key players in Australia’s property market look for solutions to the current decline.

Last week, the APRA proposed discarding one of their key constraints on mortgage credit in an effort to allow more customers into the housing market. If the proposal progresses, customers taking out a new home loan will be able to borrow tens of thousands of dollars more to fund the purchase of their property.

The change comes amid spiralling house prices, low credit growth and speculation that the Reserve Bank will cut interest rates at some point in the coming months – making the lower interest rate ‘floor’ more representative of what future interest rates may be.

New mortgage customers are currently assessed on their ability to manage repayments with 7.25 per cent interest rates. Banks are required to test prospective borrowers against the 7 per cent minimum floor rate, or a buffer of at least 2 per cent above the loan product rate. APRA suggested that prudent lenders should even use rates comfortably above these minima, with most ADIs using 7.25 per cent and 2.25 per cent respectively.

These revisions mean that if a new customer wanted to borrow at an interest rate of 3.9 percent, they will likely be assessed on whether they can repay at a lower 6.4 per cent compared to the previous 7.25 per cent.

APRA removing its previous guidance would allow banks to set their own minimum assessment rates and reduce the gap between the 7 per cent floor and the actual rates paid, given the historic low of current interest rates. Raising the buffer to 2.5 per cent is to ensure that lenders will still operate responsibly and in the best interest of borrowers.

According to APRA Chair, Wayne Byres, the gap between the 7 per cent floor and actual rates paid has become unnecessarily wide.

“[The] introduction of differential pricing in recent years — with a substantial gap emerging between interest rates for owner-occupiers with principal-and-interest loans on the one hand, and investors with interest-only loans on the other — has meant that the merits of a single floor rate across all products have been substantially reduced,” he said.

Removing these regulations will be a welcome change in the market for borrowers who have so far been unable to access a mortgage. The proposed changes will likely affect owner-occupiers the most, due to banks charging these customers lower rates than property investors.

According to the Urban Taskforce, APRA’s proposed changes will also ultimately help the supply of new housing.

“The re-election of the Morrison Government means negative gearing and capital gains tax will not change, so more certainty is coming into the housing market. This greater certainty along with APRA’s changes are positive signals for the housing sector,” says Urban Taskforce CEO, Chris Johnson.

However, CoreLogic has forecast that the revisions are unlikely to result in a rebound in the housing market, as new borrowers will still have to contend with other areas of tightening. While revised regulations may lead more borrowers to the market and potentially slow the declines in house prices, the rapid inflation of dwelling values is still largely out of reach.

Following the outcome of the Federal Election and APRA’s announcement, consumer sentiment towards property is on the rise, signalling a boost for Australia’s property market.

APRA have already been quick to support the lending sector by recently removing their 10 per growth cap on investor lending and 30 per cent cap on interest-only lending. Now that the uncertainty surrounding the Federal Election is also behind us, the market’s future shows signs of recovery.

APRA’s latest proposal has a four-week consultation period that will close on 18 June, ahead of the authority releasing a final version of the updated APG 223 shortly afterwards.