An Australian Recession? – What It Means for Property Development Funding 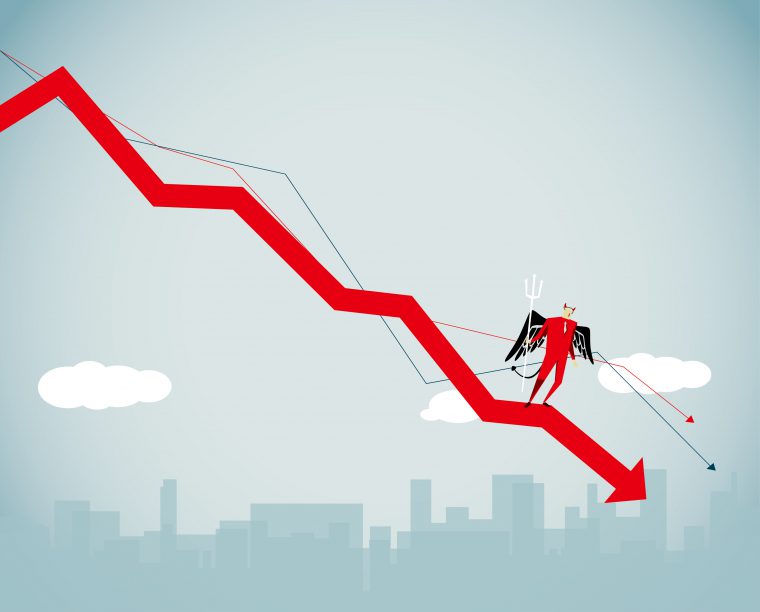 An Australian Recession? – What It Means for Property Development Funding

There has been a lot of media coverage and street talk recently around whether or not Australia might dip into Recession in the 2016 calendar year. Development Finance Partner Director Baxter Gamble assesses this outlook and what it means for property and construction development funding.

Adding to the recent media coverage has been the language of the RBA in the April report whereby they stated they wouldn’t rule out a possible rate cut in the coming months. The outcome will obviously depend on how certain lead indicators perform both locally and overseas. The waters are muddied by the Global uncertainty in Europe Asia and the USA.
Let’s look firstly at the Global situation.

Europe (mostly Greece) continues to cause concerns as it walks the fine line between austerity measures and economic growth. The European Commission as at 4 Feb 2016 forecasts negative growth in GDP for Greece of 0.7% in the 2016 fiscal year (YOY) with inflation of 0.5% pa. 2017 shows a forecast of a return to modest growth in GDP which is at least encouraging.

China and Other Asia – Economic Outlook

China also continues to be a major cause for concern for Australia as our major trading partner. In 2014 China accounted for 30% of our exports (Deloitte Access Economics).
The next largest was Japan at 15%. In the calendar year 2016, China’s GDP growth rate is tracking at 5.6%, well down from the highs of 9%. Their stock market has also tumbled in the past twelve months from the index of 4,600 to the present 3,000. The forecast for China to 2020 (Trading Economics) is for their unemployment rate to increase to 5% (currently 4.1%). So the slowdown in China is expected to remain for the medium term while their oversupply is gradually soaked up. The forecast for GDP growth is 6.4% pa in 2020.
While China is slowing, other areas in Asia are growing which is the silver lining. “Other Asia” (made of 10 countries primarily including Singapore, India, Taiwan, Malaysia and Indonesia) made up a collective 21% of Australia’s exports. Over the next five years’ exports to these countries are expected to grow which will make up some of the slack from the Chinese slowdown.

2016 started with the focus on the China slowdown. A couple of months later the focus has also switched back to the USA. There is more nervousness about US growth today than at any time since the summer of 2011, when the US government seemed close to defaulting on its debts and the euro crisis was kicking off.
Deloitte Access Economics points out in its February 2016 report that the American economy has been growing for the last five years and, until very recently, was seen as a bright spot in the global economy. In December the US Federal Reserve felt sufficiently confident about America’s recovery to raise interest rates for the first time in almost ten years.
The most worrying set of indicators relates to the manufacturing sector. Industrial output is declining for the first time since the GFC. Domestic and external demand for US manufactured goods is weak. Durable goods orders – widely seen as a lead indicator for manufacturing – have fallen by 7.0% since the summer.
A slowing Chinese economy, weakness in other emerging markets, sluggish European demand and the soaring US dollar have hit demand for US products.
Corporate profitability has suffered and this is weighing on investment. The energy and mining industries have been hit by collapsing commodity prices, with investment and exploration spending down by 35% last year. Given that the energy and mining industries have accounted for roughly half the growth in non-financial capital spending in the last six years the slowdown in spending here is significant.
Measured by GDP (Moody’s Analytics) the US economy ended 2015 on a weak note, intensified by the drop in profits. Real GDP rose 1.4% in the fourth quarter, according to the Bureau of Economic Analysis’ third estimate, down from 2% growth in the prior quarter. Consumer spending, residential investment, and federal government spending contributed to growth; inventories, exports and non-residential fixed investment were drags. Consumer spending and exports were revised higher. Overall prices rose 0.9%. Real disposable income growth slowed to 2.3% after rising 3.2% in the third quarter. The saving rate held steady at 5%. Profits fell 7.8% (not annualised), after falling 1.6% in the prior quarter. Gross domestic income rose a paltry 0.9%, after rising 2% in the third quarter.
Let’s now turn domestically.

Recession Indicators in the Australian Economy

The positive news locally was the labour market. March QTR data (Access Economics) showed that the headline unemployment rate fell to 5.7% with a reduction in the number of people unemployed by 43,000.
Over the year to March 2016, employment growth came in at a very healthy 2.0% – a net 245,000 jobs gained over the past year. That improvement has occurred against a backdrop of below average GDP growth, in part as there has been a rebalancing away from capital intensive sectors (notably mining construction) to more labour intensive ones (such as tourism). This indicator is flattering in that there has been a shift towards part time work (from full time) and the actual number of hours worked has remained flat.
The year-to-date growth rate for retail sales is 3.3%, well below the ten-year average of 4.5%.
Consumer confidence also dropped sharply over April, leaving the index at its lowest level since September 2015. The drop in confidence has been blamed on global economic woes and general
sentiment.
All of this suggests that GDP growth in Q1 2016 is likely to be weaker than that recorded at the end of last year.
The following graphs (GDP growth and Underlying Inflation) up to March QTR 2016 show the trending down of both measures.
Whether Australia goes into recession is a moot point and we will watch with great interest in the coming months for further local and overseas indicators. 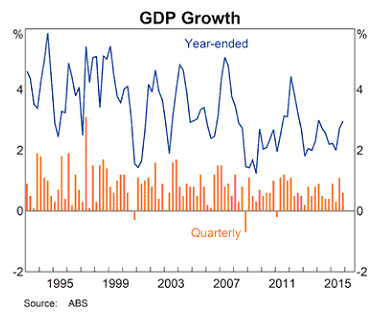 The actions of the major Banks to boost equity and de-risk their balance sheets (in response to Basle III and APRA regulation) is also potentially adding to the tightening of the economy.
Property developers are feeling the effects of tightening by the Banks. The tightening has revolved around the following:

What does an Australian Recession mean for the Property Development and Construction Sectors?

The private funding markets have seen a surge in enquiry for both senior construction funding and subordinated funding to bridge the equity gap. Developers have also had to rethink their debt/ equity and sales strategies to lift their presales to higher levels.
If you need advisory assistance with a planned or current project Development Finance Partners can help you turn your plans into reality. Contact us for an obligation free discussion.