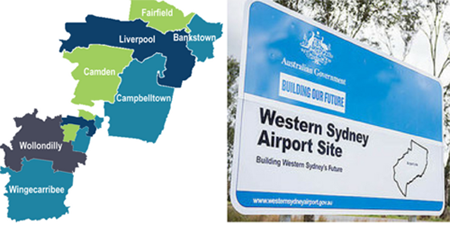 Development Finance Partners (DFP) was engaged to assist its clients to procure land acquisition and subdivision finance for a 26 lot residential project in South Western Sydney. Based on a high level of exchanged pre-sale contracts, DFP was able to successfully negotiate a facility based on an 82% loan to cost ratio and 71% to gross realisable value, net of GST.

The facility was approved subject to typical lending conditions precedent including: 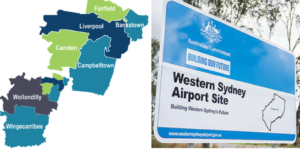 THE KEY ISSUES FACED BY THIS SITE ACQUISITION

At the time the loan was approved, the clients had 9 months to conclude the contract for sale, with a provision for early settlement (which they anticipated exercising), subject to approval of their recently lodged development application. In consideration of the flexible settlement terms, the clients had paid a 20% deposit under the contract and had invested significant other funds towards design, development, marketing and statutory costs.

Despite verbal assurances of progress through the system, it became clear that Council were stretched in coping with the volume of applications in this and surrounding locations, which are part of the State Government’s targeted South West Sydney growth precinct.

The delays ran into months with Council eventually requiring a partial redesign. The clients had no alternative than to rescind and then renegotiate some of the pre-sale contracts, which fortunately they were able to do. The Development Application thereafter languished for several more months, awaiting approval.

What had been more than ample time, with the anticipation of an early settlement, became a race against the clock as the contract deadline approached.

DFP firstly negotiated a series of extensions to the original approval and loan settlement undertakings. With the prospect looming that the Development Approval may not be to hand by the required contract settlement date, as well as other major conditions precedent, DFP then negotiated fall back funding arrangements with the capital partner to facilitate settlement.

The DA was finally approved a few weeks before the due date; however there was then insufficient time to comply with the balance of the settlement CP’s. DFP was successful in finalising an initial loan based on 90% of purchase price and 73% of the DA approved site value, with subsequent tranches to be progressively made available as the CP’s are met on agreed timelines.

“I was looking for private funding because it was better solution for us as the equity requirement are less compared to Tier 1 Banks. I came across DFP and Baxter via LinkedIn. When we met I got the impression that he was straightforward and that he “walked the talk”. A lot of people, especially brokers say they have solutions but they don’t deliver. I could see that Baxter had been in the business a long time, had a strong reputation, was direct, transparent and happy to help us. I felt confident that they had the experience which I was looking for. I wanted to make sure that I get right people around me for the deal as I have invested a lot of my own capital. I realised from the first meeting that he was someone I could trust and depend on. He was very honest and upfront.

I really felt that I could trust them and that they wouldn’t let me down from the beginning of the process to the end. They have very valuable contacts and network. They are well known and have a strong reputation. Bob in credit was very calm and collected explaining the deal, doing the feasibility and funding tables. They are very approachable and responsive to any queries or communication. They have strong knowledge and negotiation skills. They listened to me, initially, we thought we had plenty of time however with council delays it didn’t turn out that way. We ran into time pressures but throughout Baxter gave me reassurance that it would be ok. They proactively helped me and would think about was right for me and supported me through the process. I never felt they were going to abandon me when things became more urgent or complicated.

It’s a great benefit to have an established relationship with DFP. We have developed trust. You can always earn money, but it’s difficult to earn trust and a strong reputation that you are good to work with.”

We got a positive outcome from working with DFP.”  Darawatta Alexander, Director, Impressive Property Group