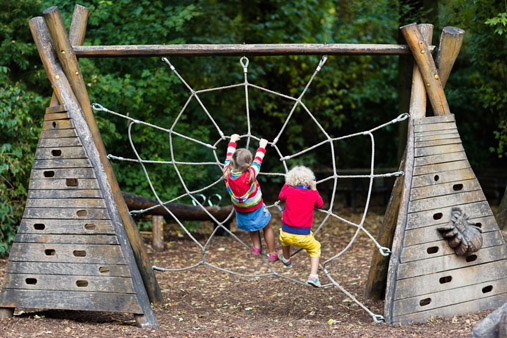 3/4/2017. The client presented to us that he currently has a D.A. approved childcare site issued Mid 2015 and has completed basement work from his own funds. The build contract is $1.3m, and he has spent $300,000 from his own funds. The client undertook demolition of an existing house which was held as security by a Major Bank.
Prior to the approach to DFP, the client had an informal discussion with his Major Bank branch manager around his childcare centre development project back in early 2015 and he indicated to the client that the Bank would assist with finance, when he was ready. On that basis, the client proceeded with his project once D.A. had issued.
Following the D.A. issuance and spending his $300k, The client approached his major bank in March 2017 for the childcare development finance. The Bank arranged instructed a valuation 17/3/2017, however when they discovered the property was demolished and site works commenced and coupled with this the client had changed mode of employment and the Major Bank focused in on the serviceability aspects and stability of employment and subsequently advised the client they would not be prepared to assist. This left the client out on a limb with a partially constructed site.

Refinance the existing Home loan with the Major Bank, provide construction finance for the completion of the Childcare centre facility.

Once the brief was understood DFP prepared a funding model and discussed outcomes with the client. It was apparent that further equity was required and the client was able to provide additional equity from the group shareholders.
DFP advised the client that based on the issues surrounding the project the best way forward was to engage one of DFP Private Capital Underwriters as this deal would not be funded via traditional bank funding lines. On this basis DFP prepared a formal brief to its capital underwriter.
The outcome was the Private Capital Underwriter provided a formal approval to refinance the existing debt, utilise additional equity provided and issued terms for the construction finance for the Childcare Centre. Valuations and QS reports were a condition of the approval.

What the client says

I was an inexperienced developer so I started construction before getting finance, which meant I had much less choice when it came to finance. Banks wouldn’t finance a project that was already started. I was finding it difficult to find a broker or bank that was willing to take it on, DFP was one of the only ones willing to look at it.
DFP are willing to work with any kind of situation. No one would look at my scenario whereas DFP look at any situation whether your experienced or not. It doesn’t matter what your situation is they are willing to work with you and try and secure suitable funding for your project.
I got actual finance approval. It did take some time to get it due to the difficult situation, however previously all the lenders I’d spoken to didn’t want to take it on, so getting actual finance approval for the project was a great result.
I would highly recommend DFP to others that are in a difficult situation. They can get you help when you are out of options and you need to get it done.
James Sidrak