End of Financial Year for Developers: What to do and what to avoid 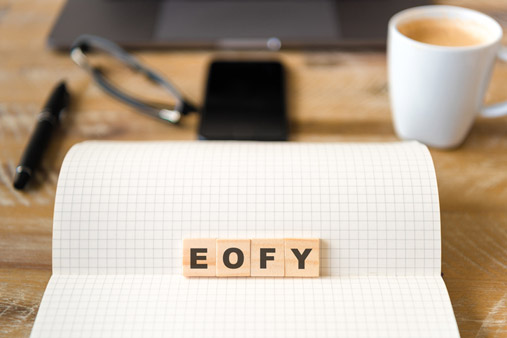 End of Financial Year for Developers: What to do and what to avoid

The end of financial year is typically a significant time for all Australian developers, as they wrap up their books and plan for the year ahead. However, in the current environment of ongoing cash rate cuts, a falling Australian dollar and lingering doubt following fallout from the Financial Services Royal Commission, tax time this year feels especially frantic.

Property developers and lenders have faced volatile conditions in 2019, a year where cash flow has been tight and credit markets regulated. Buyers have been cautious in the lead up to the election and Federal Budget, and the time it takes to secure funding has put even more pressure on investors.

As the property industry moves into tax time, according to David Kenney from accounting group Hall Chadwick, the current market could push developers into making poor decisions that could increase risk and minimise earnings.

“It has become a lot harder to borrow, which puts pressure on the system and pressure on people to make aggressive tax decisions when they can’t see things getting better. As a result, they will potentially put more pressure on their own cash flow and be forced to take discounts,” Mr Kenney said.

The key to a successful tax period for developers is simple: don’t wait until the end of June to start thinking about tax. Alongside that, here are some key strategies that can help developers get the most out of their end of financial year.

Tax is an ongoing activity and developers should treat tax planning as a whole year process, not just a task for June 30. Effective tax planning should develop and evolve as businesses do and planning ahead can work to minimise risk and stop businesses from cutting corners at tax time.

“Tax planning should be focusing on the next two years, not just the year that has finished. Planning for the future is not just about tax reduction,” Mr Kenney said.

“Tax reduction is a must, but making the best commercial decisions across the board is a more viable strategy for developers – and it’s something that can only be done throughout the entire year, not just as the end of financial year comes up.”

Running a development company incorporates many complexities and tax planning shouldn’t be managed alone. By managing things more broadly, a developer can become a better and more credit-worthy borrower – with one example of this being broadening the scope to beyond income tax.

“Companies need to take a broad approach to developing their properties, not just thinking about it as a tax minimisation strategy. It’s also key for developers to remember that they have multiple creditors – not just the ATO – to think about as the financial year draws to a close,” Mr Kenney said.

Although the end of financial year is a specific time, tax is really about how a developer manages multiple projects through various stages of development with different lenders and completion times. Managing tax is also about having greater control over risk and understanding that the right investors or lenders will work with a developer who provides the most transparency – which isn’t something that happens just at ‘tax time’.

In simple terms, most advisors would recommend the basics, including ensuring that superannuation is paid before 30 June to ensure that a deduction is available for that year. Unlike most deductions, superannuation contributions must be paid before year end to ensure a deduction is allowed, whereas most other expenses only need to be incurred. Also, small business taxpayers (i.e. taxpayers with aggregated turnover of less than $10m) are allowed deductions for prepaid expenses that will be fully used by the end of the next financial year.

As an additional concession, taxpayers with an aggregated turnover of less than $50m are also entitled to deduct in full the cost of each capital asset acquired with a value of up to $30,000. This applies for the current financial year extending to 30 June 2020, however assets acquired before 30 June 2019 can be fully deducted in the 2019 financial year.

Many developers who maintain a traditional way of thinking and only approach the issue of tax at the end of financial year can find themselves falling into common traps. Often this trend will lead to developers adopting aggressive stances on tax planning.

“For example, a lot of people say that they’ll prepay things, which are no longer deductible, or they’ll think about things like inter-company transactions [that] can be non-commercial, which creates potential risk,” Mr Kenney said.

Other common pitfalls include poor structuring, not understanding the use of tax consolidation and not using treasury companies. Poor structuring can be a case of not putting in place mechanisms that allow profit to remain in structures as long as possible, so that further top up taxes are not required.

If appropriately structured, losses can be offset against profits on other projects rather than paying tax on an individual entity basis.

Ultimately, if a lender or partner believes a developer is having tax problems, they can become nervous and withdraw or reduce their conditions. Poor tax planning or aggressive tax minimisation strategies can also be audited by the ATO, which can cause significant distractions for developers and take their focus off what really matters, making money.

Being mindful of tax and planning ahead, especially in periods of economic uncertainty, will always encourage healthy returns. However, as June 30 looms closer for developers it’s key to remember that proper tax planning and financial management should be taking place throughout the entire year – not just in June.