Fight or flight: How residential developers should react to Australia’s falling housing prices 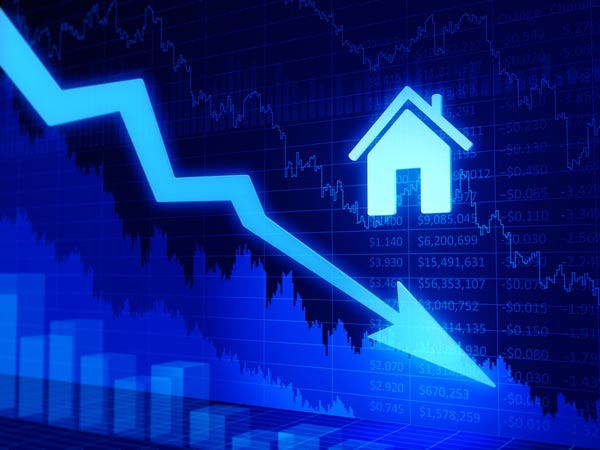 Fight or flight: How residential developers should react to Australia’s falling housing prices

Australia’s fabled housing boom, which has seen property prices surge beyond the reach of many Australians may have finally come to its long-awaited end. Sydney and Melbourne, the fastest growing cities in Australia and major forces behind the country’s housing bubble have begun to slow as the market faces its biggest quarterly drop since the 2008 Global Financial Crisis.

Housing prices dropped 4.8% nationwide in 2018, enough for Deutsche Bank to label Australia’s potential housing crash as one of the top 30 risks to the global economy.

Compared with their 2017 peak, housing prices have now dropped by 11.1% in Sydney and 7.2% in Melbourne in 2019. Housing values in both cities have fallen by at least 1% on a monthly basis since November last year, according to data recorded by CoreLogic.

Financial analysts have warned this is only the beginning, as Australia’s housing prices show no signs of recovery. But, what does all of this mean for residential developers looking to pursue new projects?

What has led the market to crisis point?

The nation’s housing market has been placed under considerable pressure following APRA’s lending restrictions, which have prevented major banks from offering ‘high-risk’ loans to investors and potential home buyers. Australia’s bank regulator has introduced a series of restrictions since 2014, including a 10% cap on new investor loans that was only removed last year.

The tightening of lending criteria in 2017 limited the number of interest-only loans to only 30% of new mortgages and required traditional lenders to conduct more rigorous checks of buyers’ income and expenses. This regulation, which was lifted at the start of this year, caused the number of Australian home loans to drop by 1.6% in the first month.

Pair this with the fallout from the banking royal commission and the market has depleted significantly. External regulations have had negative implications for developers, builders and lenders alike with reduced cash flow causing industry sentiment to decline.

A 2018 Market Sentiment Survey conducted by DFP showed that the residential development sector in Australia had been greatly affected by recent market conditions, reporting a significant drop from 80% optimism in 2017 to just 63% optimism in 2018. Optimism for residential development has declined in every Australian state and territory, signalling a crisis point for many industry operators.

Australia’s property industry faces a 30-year downturn, with the future remaining difficult for developers looking to secure finance for new projects. Risks associated with a declining housing market also include a potential increase in ‘fire sales’ and developers unable to launch new projects in the market.

Given the current climate, it has become essential that developers be both mindful and proactive when assessing new opportunities and strategise based on what projects will still be considered financially viable prospects in the uncertain conditions ahead.

Residential developers in particular should be considering alternate, in-demand options such as projects geared toward downsizers and Manufactured Housing Estates (MHE’s) – both project types that may be able to withstand industry volatility.

DFP worked closely with a developer to provide a funding solution for a land bank acquisition in Medowie, NSW, where the project had been approved for a MHE project and not standard residential.

The team at DFP were able to arrange and settle a 12-month land bank facility, representing 120% of the purchase price while delivering 65% Loan to Value Ratio – all within current market conditions. This shows that diversification and delivering unique projects is a key strategy for developers from a financial perspective.

Another key diversification strategy for developers is to look outside major centres when planning a location for their development. Looking at the pricing data, major cities are bearing the brunt of the downturn, while opportunities lie in unique – yet accessible – pockets throughout the country.

A proposed housing policy put forward by the Labor Party could potentially benefit residential developers in a difficult market, if the Opposition wins at the next federal election. The $6.6 billion scheme intends to see 250,000 new homes built over the next 15 years, with a promised subsidy of $8,500 per year for investors.

This proposal signals significant opportunity and return for developers who can diversify their portfolio and respond to what the market needs. Previously unsustainable building models could also become viable and organisations that develop homes with the intention of holding and renting them out can expect an influx of demand in the near future.

While plunging house prices might make for cautious developers, home buyers are beginning to sense opportunity within a previously untouchable housing market and the predicted downturn could work to give struggling home buyers a foot in the door.

However, despite price drops potentially making property more accessible to Australians, if we look toward auction clearance rates we can see that, currently, market sentiment is still shaky – with Residex by Core Logic reporting that clearance rates in NSW and Victoria still remaining only slightly over 50%, at 57.5% and 52.4% respectively. While the Northern Territory and Queensland struggle to even reach a 20% clearance rate. 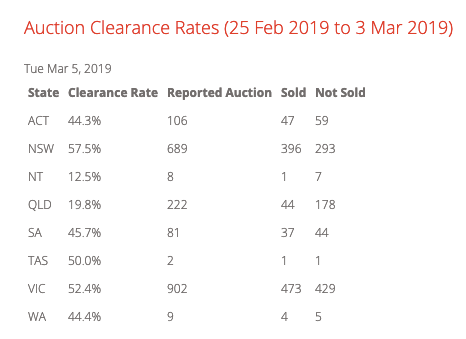 As Australian households begin to accept lower house prices, their willingness to buy and overall buyer psychology could begin improve over the next 12 months after the initial caution of buying a declining market dissipates. Future consumer sentiment for home ownership may also change as the nation’s long-standing housing bubble no longer locks potential buyers out of the market.

Existing home owners could also begin looking to sell and upsize/downsize their home, aided by the reversal of APRA’s restriction on interest-only loans – further changing the buyer demographics throughout the country.

As house prices continue to decline, developers should be considering how their projects appeal to the next demographic of home buyers who may be entering the market over the next 12-18 months. To capitalise on a shifting market, developers should be aware of current and future market conditions and try to tailor and diversify their projects accordingly for best results.

Falling property prices may signal the end of a golden era for investors but will likely usher in more opportunities for home owners and a potential for residential developers to capitalise on new buyer groups entering the market. It also presents a good opportunity for residential developers to diversify their portfolios and look at offering projects specifically tailored to predicted market conditions over the next 12 months.

Development Finance Partners are experts and advisers, helping Property Developers with structuring finance for a successful outcome.  Contact us for an initial consultation.