Housing Affordability – What’s the real issue and what can be done about it. 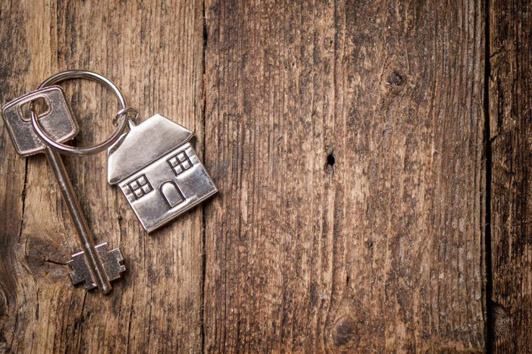 Housing Affordability – What’s the real issue and what can be done about it.

It is well documented in recent times that the price increases in Australian capital cities (particularly Sydney and Melbourne) have made home ownership for first home buyers extremely difficult.
Only 8% of Australians aged between 18 and 35 (the millennials) believe they will be financially better off than their parents (Deloitte Millennial Survey 2017). Housing affordability is top of mind for many Australians in this age group resulting from national house prices accelerating ahead of national income.

In this article Development Finance Partners’ (DFP) Senior Credit Executive Stephen Turner discusses the dynamics behind the issue and assesses the potential solutions.

The following graph (Deloitte Access Economics) highlights the gap between Dwelling Prices and National Income. This gap has widened since 2013. Sydney and Melbourne have contributed the most to this misalignment with Brisbane and Perth having suffered from the mining slump. Other capital cities have also shown modest growth in prices in comparison. 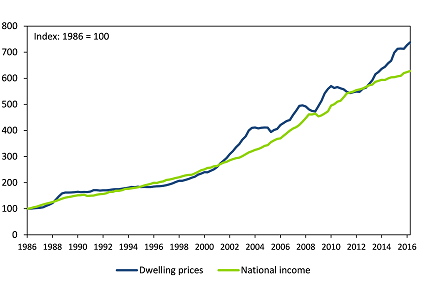 This price growth has been driven by an increase in both owner occupier and investor demand since Jan 2014. However, as the following graph shows, the year on year credit growth in investor housing has averaged around 8% for the past three years compared with around 6% for owner occupied. Despite the measures introduced by the regulatory authorities and the tightening of credit parameters by the Banks (which slowed the growth in investor loans in 2015 and the first half of 2016), growth in investor credit in the past 12 months to March 2017 has again led the way with 7.1% versus 6.2% owner occupied 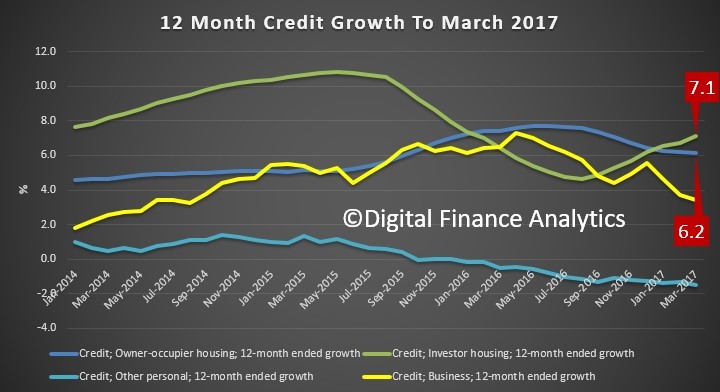 The graph below doesn’t show the past three years but what it does highlight is that between 2004 and 2013 (including the period of the GFC), median prices in Sydney rose but fell back to $550,000. The recent median house price of $950,000 in March (Corelogic) shows an annual compound growth in Sydney prices of 4.3% during the period from 2004 and 2017. This is not excessive. Therefore, you could make the argument that recent price rises have merely made up for the 8 years of stagnant price growth. So, the price rises may not be the major issue in isolation. It may be that the primary issue is the lack of growth in wages.
Graph of Median House Prices $000 in Australia’s Major Cities 2004-2014 – Courtesy PR Data

RBA, APRA and the Banks

Notwithstanding, this rapid (recent) price growth has resulted in the RBA and APRA joining forces to put the brakes on the Banks’ lending to investors by restricting the growth in their lending books to 10% year on year. They have also “influenced” the Banks to increase the equity requirement on investment loans to 20% compared to the previous 10%. More recently the Banks have also been lifting interest rates on investment loans, particularly interest only.
Furthermore, the Banks have pulled back on the volume of loans to developers which in turn will reduce the availability of new stock. They fear a property bubble and a major correction in the market. They also fear the impact of potentially rising interest rates in 2018 with highly geared property assets

The issue with the above is that they will only contribute to either rents going up, a further shortage of housing or additional demand for housing which will push prices up further.

Treat the Cause not the Symptom – Lack of Supply

Policy initiatives need to approach housing affordability at the root cause and not treat the symptom.
The main issue is that across Australia there has been a chronic shortage of supply for the past decade. This shortage has been most critical in Sydney and Melbourne where most people have wanted to buy property because NSW and Victoria have had the employment opportunities. Despite the surge in construction and development over the past five years (now being reined in by Bank and Regulatory Authorities), the new housing supply coming onstream is still not keeping up with demand.
Below are two quotes”
“Housing affordability has been a key focus of my government right from the outset, and the most important change that we need is more supply.” – Prime Minister Malcolm Turnbull, March 6, 2017.
“Our response must first strive to remove obstacles that restrict supply responding to genuine demand.” – Treasurer Scott Morrison, April 10, 2017
Another complication is the blurred responsibility between Federal and State Governments. It is of no value to undertake new land releases in greenfield corridors if there is no infrastructure being built to service those areas.
The Federal Government as part of the imminent Budget is undertaking to provide funding to the States for road, rail and infrastructure. The funding will be by way of a concessional loan facility, rather than a Grant. This has been announced by Urban Infrastructure Minister, Paul Fletcher. At least the Federal Government acknowledges the problem.

There is no doubt that it is becoming increasingly more difficult for FHB’s to enter the market. Prices in Sydney and Melbourne have clearly outstripped affordability as wages have been growing at a much slower pace. There needs to be rational policy initiatives to balance supply and demand. This may include placing further restrictions on non-residents purchasing property in Australia as this has had an impact on the price of new stock in particular.
Conversely, the property markets also run in cycles and too much interference by regulation can be counter-productive. The property prices in Sydney and Melbourne at present are clearly at the peak of the cycle and at some stage will either correct or flatten for a period of time as they wait for wages and rent yields to catch up again. An interest rate rise is inevitable and it too will have a dampening effect on the demand for property. We have seen this before and we will see it again. It’s the property market.
Stephen Turner B Ec. is a Senior Credit Executive with DFP.