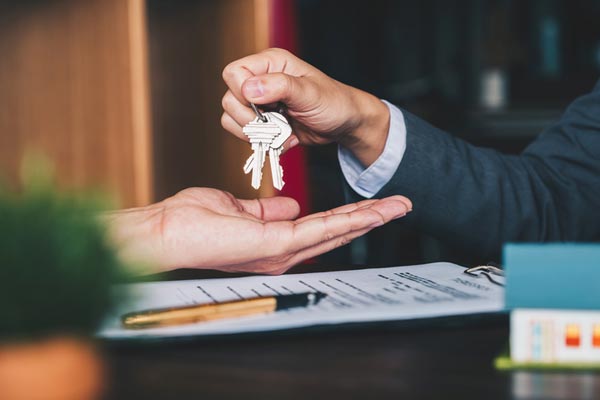 Australia’s housing sector continues to show signs of optimism in the wake of Federal Election promises and a string of good news for developers, including the fact first-home buyers are set to begin streaming into the market off the back of government incentives.

Official restrictions on lenders and investors and record-low interest rates have helped to restore a positive outlook for many first-home buyers who are now making a strong comeback to the residential market.

In July this year, the value of new loans issued to households increased by 3.9 per cent, to $32 billion, according to the ABS. This jump represented the sharpest increase in four-and-a-half years and was largely driven by owner-occupiers. The amount of money borrowed between June and July also rose by 5.3 per cent, to $13.3 billion, which is the strongest result since 2015.

Recovering property prices across Australia have also fuelled improved sentiment, according to a quarterly report by ME Bank and QBE’s Housing Outlook 2019-2022, which is seeing first-home buyers begin looking at entering the market.

Now is the perfect time to be a first-home buyer, with the Federal and State Governments announcing new incentives and schemes giving first-home buyers a big leg up with their finances. Developers can look at how these incentives could benefit their projects and begin tailoring offerings for specific first-home buyer needs.

Made famous in Prime Minister Scott Morrison’s lead up to the Federal Election, the first-home loan scheme is one of the biggest new incentives for first-home buyers.

The deposit scheme, which is set to come into force in January 2020, is expected to allow 10,000 first home buyers to secure property each financial year with as little as a 5 per cent deposit, and without paying lenders mortgage insurance.

This plan differs from a typical first home loan, which requires borrowers to take out a lenders mortgage insurance policy if the deposit is less than 20 per cent. Under the new scheme, taxpayers will underwrite the gap by paying the lender’s mortgage insurance, and the government will cover the remaining 15 per cent of the deposit.

The scheme was developed to assist eligible buyers who are on low and middle incomes and want to gain a foothold in the market. The program will be open to singles with a taxable income up to $125,000 per year, and couples earning less than $200,000 per year, and will apply to owner-occupied loans on a principal and interest basis.

The first-home loan scheme is tailor-made for people who are struggling to save their first house deposit. A price cap exists for different regions of Australia, namely around capital cities and large regional centres that have a population of over 250,000 people.

Eligible first home buyers in Sydney will receive loan guarantees for properties worth up to $700,000 and $450,000 across the rest of New South Wales. The $700,000 cap also includes regional centres, such as Newcastle, Lake Macquarie and Wollongong.

First-home buyers in Melbourne and Geelong will be able to access the scheme when purchasing a home worth up to $600,000, and $375,000 across other parts of Victoria.

Similarly, people wanting to buy their first home in Brisbane, the Gold Coast or the Sunshine Coast will have to comply with a $475,000 limit.

Although the First Home Loan Deposit Scheme has stolen the show for much of 2019, other incentives for first-home buyers are still in play and encouraging young Australians to come into to the property market.

Eligible first-home buyers must either live in the premises, or intend to, and then live in the property for at least six months within the first 12 months they own it.

Every state and territory also have their own variation of the First Home Owner Grant, which can offer anywhere from $10,000 to $15,000 to new home buyers or builders, depending on where they live. In areas such as regional Victoria, first-home buyers can receive a $20,000 payment when they sign a contract to buy or build their new home.

This grant system has been in place since July 2000, when it was introduced to offset the effect of GST on home ownership.

To learn more about forecast market trends and the impact of a growing first home buyer demographic on your next development, speak to one of our experts.