How Labor’s $6.6 Billion Housing Policy Could Impact The Market 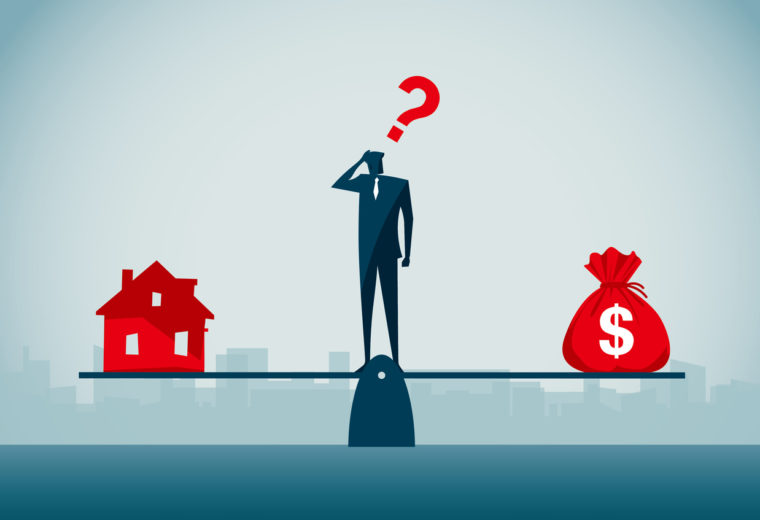 How Labor’s $6.6 Billion Housing Policy Could Impact The Market

As we’re leading in to the next federal election, housing remains a key topic for both major parties, with experts divided on the future of Australia’s housing market in light of the Opposition’s announcement of a $6.6 billion affordable housing plan.

The current Liberal government has warned Labor’s proposed scheme will meet the same fate as Rudd’s failed National Rental Affordability Scheme (NRAS) that was axed in 2017, although depending on the outcome of the federal election (expected to be called for May 2019), the policies could come into effect and start impacting developers as early as July 2019.

Despite the vocal backlash over the proposed policies, the affordable housing sector has welcomed the focus on affordable housing amid fears that key workers such as nurses, police, carers and teachers won’t otherwise have access to realistic housing options in key areas.

What the housing scheme means for property investors

Labor’s plan promises a subsidy of $8,500 a year for 15 years to investors who build new dwellings and offer them at lower rents to people in need. The subsidy is designed to benefit low to moderate income earners and be available only to new homes with rents that are 20 per cent below the market rate.

Labor’s housing scheme isn’t the only of its kind, with the Queensland State Government launching a $70 million build-to-rent pilot project last year that intends to delivery long-term rental properties and affordable housing close to Brisbane’s CBD.

Labor’s policy also partly offsets their more controversial negative gearing agenda by tackling potential rising rents if private investor landlords lose their tax breaks. In theory, savings from the new housing program will tip the scales in favour of low-income households and bridge the gap between households and investors.

The risks with Labor’s housing and negative gearing policies

If Labor win the upcoming federal election, the party is committed to abolishing negative gearing for future investments, other than newly-built homes – which has caused a furore within the industry with both adamant supporters and critics voicing opinions on the potential changes.

Labor’s new housing policy will be funded by increases in tax revenue, including $32 billion over the next ten years from changes to negative gearing and capital gains tax, in addition to $56 million from stricter rules on tax refunds from dividend imputation on shares. Labor plans to pare back the capital gains discount for investors from 50 per cent to 25 per cent – another key point of contention for property investors.

Critics of Labor’s plan to abolish negative gearing have voiced concerns that it may force negatively geared landlords to increase rent in order to cover any cashflow shortfall they may experience. This could make rental affordability significantly worse – an outcome that occurred following the last negative gearing and tax reforms brought in by a Labor government in 1984 (and that were quickly reversed in 1988).

Additionally, CEO Founder at Riskwise Property Research, Doron Peleg, believes the proposed changes to negative gearing and CGT are a short-term and temporary blanket solution to a localised problem in a market that is already seeing declining investor numbers, a reduced demand for off-the-plan units and declining consumer confidence.

“There are some weak markets – outside of Sydney and Melbourne – that are already are and will be significantly impacted by changes to negative gearing. The unit market in Perth, Darwin, outback Queensland and the mining towns are generally weak following the end of the mining boom and there are a lot of investors and investment properties in these areas. This means the negative impacts on investors will have a major impact on these local markets,” Mr Peleg said.

“Another unintended consequence would occur in the Sydney unit market where the proposed changes would be the equivalent to a sudden 1.15% increase in interest rates. This will make an investment property far less attractive financially and there is definitely fear in regards to changes to negative gearing among both buyers and developers.”

If Labor is successful at the election, their negative gearing policy will allow existing investment properties to be ‘grandfathered’, whereby taxpayers can continue to claim their deductions but not gain negative gearing benefits from future purchases of existing houses. Although this is good news for current owners/investors, it could cause a decline in property resale values as emerging investors are unable to capitalise on current tax benefits.

Labor’s housing policy, which is forecast to cost $102 million over 2021 to 2022, is set to target developers looking to offer affordable housing options to renters with the proposed subsidy – presenting a unique, yet challenging opportunity for affordable build-to-rent projects to emerge in key areas.

Industry experts are predicting that although developers and investors could capitalise on the $8,500 per year subsidy, it could also encourage construction in areas with existing low market rents, in a move that could see build-to-rent institutional investors taking advantage of the system in order to maximise their subsidy amounts.

With valid comparisons drawn between Rudd’s failed housing affordability scheme – that saw properties built regardless of size and areas of need – developers should be cautiously optimistic about the potential this proposed scheme could have on the build-to-rent market in Australia.

Given that demand for housing remains highest in Sydney and Melbourne, the policy faces a number of problems including re-zoning high demand areas and land values in areas with good access to the city, alongside a significant lack of developers who are prepared and ready to take on the challenge large-scale build-to-rent presents.

“It is unlikely to be implemented at the scale and timeline that Labor are planning, given the challenges. On a large-scale, build-to-rent a relatively new thing in Australia and there is a lot of uncertainty among developers and investment funds regarding the return on equity, particularly now when there is a lot of uncertainty within the market,” Doron Peleg, CEO Founder at RiskWise Property Research said.

Although build-to-rent schemes could become more viable under this scheme, and there may be more opportunity for institutional investors to enter the market, there still remains a number of factors within the market that continue to hinder the economic future of build-to-rent projects – something that was investigated at length in our white paper on the build-to-rent sector in Australia.

The Reality of Bringing Built-To-Rent to Australia

According to Bill Shorten, the Labor party’s ten-year plan would be Australia’s ‘biggest investment in affordable housing’ following a critical time for the nation’s property market. With the party vowing to build 20,000 new homes within the first year, Australian property developers could have access to a new generation of buyers and investors who will be exempt from the negative gearing wealth gap – and if put into effect, these changes could have a profound impact on the market.