How Property Developers Could Be Impacted By Global Events 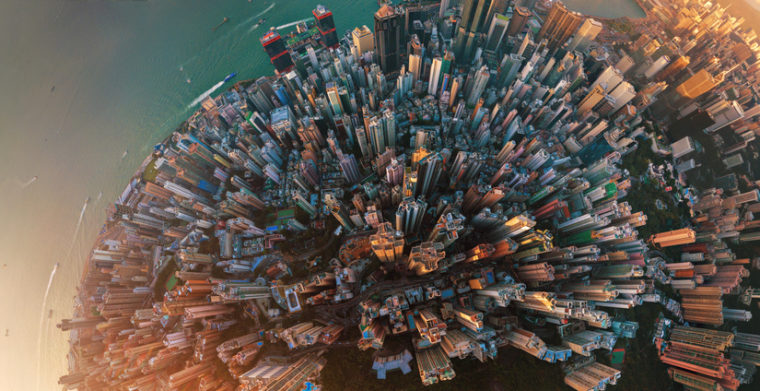 How Property Developers Could Be Impacted By Global Events

Looking at the scale of current global economic challenges, it is clear that 2020 will be a tipping point for international politics and globalisation. What can we expect from Australia’s financial markets as we face the emerging threat of Coronavirus (COVID-19), while Brexit and the US-China trade war work toward a resolution?

Coronoavirus – now officially named COVID-19 – is a major global health concern, however its economic impacts are quickly being realised. With over 6.5% of the global population currently in quarantine, some economists are projecting that the outbreak could cause China to lose over US$62 billion in growth this quarter alone.

The flow-on economic effects are already being felt amongst industries directly tied to China, such as manufacturing and tourism, however the Australian property market may be starting to feel the impact as quarantine periods become longer and the virus continues to spread.

The Australian has recently reported that some developers are already beginning to shelve new projects due to a lack of active international buyers stemming from the COVID-19 epidemic. The virus is also having an impact on key project marketing activities such as in-person project launch events, and delayed settlement dates as buyers cannot travel to Australia.

The long-term effects of this are uncertain, however in the short-term (and until the virus is deemed under control) it is likely that the property industry will feel a large impact as international buyers – particularly from China – are scarce in the residential market.

COVID-19 isn’t just impacting residential developers, and we are likely to begin seeing a significant slow-down in hotel and short-term accommodation apartments, student accommodation and rental properties as international students and tourists from China are being blocked from entering the country.

An increase in Australians looking at holidaying in Australia could offset some of these negative impacts, however reduced international trading in tourism-reliant towns could have a negative impact on needs-based casual employees in these areas.

Interestingly, the outbreak could also bring in a positive impact for the property market as Chinese buyers could begin buying more ‘sight-unseen’ off-the-plan, as Australia becomes a sought-after destination to live.

Despite the unfurling economic impact brought in by COVID-19, a significant level of pent up global private and public investment will begin to flow back to the world economy, as a result of reduced geo-political risk from Brexit and the trade war between America and China.

Last year, Australia posted its worst economic performance since the Global Financial Crisis, with drought, weak consumer spending and a stressed global economy contributing to its decline. However, the last few months of 2019 ended on a more positive note, as America signed the first phase of a trade agreement with China and Brexit finally approached its completion date.

As the trade war begins to work toward a resolution, it should reduce uncertainty in the market and in turn help investment flow back into various markets – including the Australian property market.

Residential developers should feel economic tension dissipate and the market become ripe with activity as the macroeconomic conditions brought in by the easing trade war create a favourable market for buyers and lenders.

Projects that are within the affordable end of the market, deliver good access to transport and close proximity to employment are likely to reap most of the benefits of this easing global economic tension.

Britain’s split from the EU and the trade war between the world’s two biggest economies have been key factors behind repeated global economic growth downgrades by the IMF and OECD.

Almost three years on from the historic referendum that saw the British public vote to leave the EU, the fallout and consequences of Brexit are still dominating the news and predictions for the global financial market.

The prospect of Brexit has also caused great uncertainty and volatility for our own financial market, including deferred business decisions and delayed investment, as developers and lenders consider the geo-political risk associated with such a large-scale movement. Turmoil in offshore markets often causes Australian stock markets and the Australian dollar to decline sharply, as uncertainty increases and investors want to lower their risk.

However, now that the UK has formally left the EU, as of 31 January, an 11-month negotiation period is set to begin, wherein the UK will decide what their future relationship with Europe will look like. This period should see some certainty return to global markets, including Australia, where investment – both private and institutional – will begin to flow more freely.

This renewed macroeconomic confidence is likely to see residential developers able to finance projects with fewer hurdles, and an uptick in buyers turning to the property market amidst a return to financial certainty.

However, the impacts seen by residential developers in particular will vary depending on the details of Brexit and whether or not it is considered ‘hard’ or ‘soft’.

A ‘hard Brexit’ would mean the UK giving up full access to the single market and customs union with the EU. Britain would gain full control over its borders but could have tariffs imposed on its goods and services.

A ‘soft’ Brexit would maintain the UK’s relationship with the EU, but the UK would not be a member of the EU and not sit on the European Council.

AMP Capital Chief Economist Shane Oliver said from a trading perspective, Britain having fewer ties with the EU would likely be better for the Australian economy.

“If it’s a hard Brexit then that would open up more trading opportunities for Australia,” Dr Oliver said.

British migration to Australia has always been strong, and a hard Brexit would likely see this trend continue as British nationals buy residential property across the country – especially as a hard Brexit has the potential to strengthen already robust UK-Australia economic ties.

However, BIS Oxford Economics Chief Australian Economist Sarah Hunter said it could be a long wait until the benefits of Brexit would be felt by Australian businesses – including developers.

Overall, a resolved Brexit and progress in US-China trade agreements signal improved conditions for our financial market and an opportunity for Australia to expand and strengthen its trading ties, with subsequent positive impacts flowing on to the residential and commercial property sectors.

We have also predicted that worldwide interest rates will begin to rise in the last quarter of the year, as central banks across the world come under less competitive pressure to keep their currencies at artificially low levels. This also means that inflationary pressures will start to slowly come back into markets as debt levels rise.

At home, our latest inflation figures remain low, with the headline figure rising by just 0.7% in the December quarter. However, these figures are largely in line with what the RBA has been forecasting.

In a recent meeting, the RBA decided to leave the official cash rate unchanged at 0.75 per cent, due to further cuts potentially undermining consumer confidence and therefore failing to stimulate the economy. Most economists have pushed back their prediction of an interest rate cut from February to April, following improved employment data for December.

According to the RBA, the central scenario is for the Australian economy to grow by around 2.75 per cent this year and 3 per cent next year, which would be a step up from the growth rates over the past two years. They have also noted that the outlook for the global economy looks reasonable and global growth is expected to be a little stronger this year than in 2019.

The Reserve Bank goes on to say that the easing of monetary policy in 2019 is supporting employment and income growth in Australia, and a return of inflation to the medium-term target range. The lower cash rate has also put downward pressure on the exchange rate, which is supporting activity across a range of industries.

While economic growth is predicted to remain gradual for 2020, we will begin to see renewed optimism and business spending flow back into Australia’s property market as a result of resolved international trade uncertainty, and renewed macroeconomic confidence.

This is likely to have positive flow-on effects into the residential market, however the uncertain economic impacts of COVID-19 are likely to overshadow any positive impacts from global markets until the full extent of the outbreak is realised.