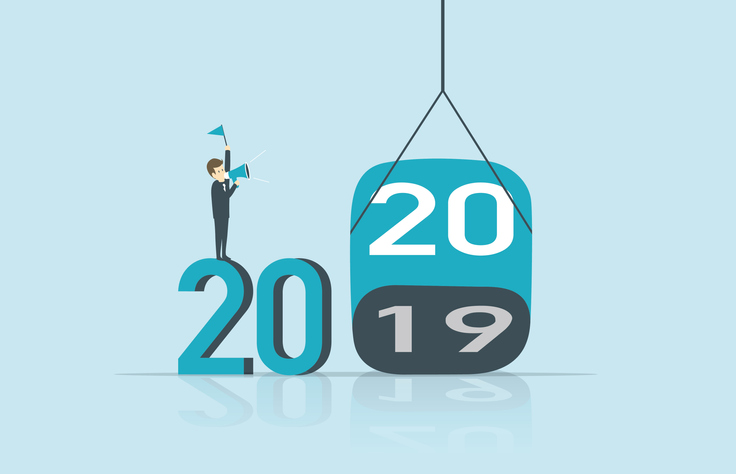 With 2019 coming to a close, it’s important for the development industry to look back over the highlights of the past 12 months and reflect on what happened in order to understand more about what’s in store for 2020.

The past 12 months were tumultuous for the residential property industry, with many ups and downs. Some major highlights of the year included various APRA regulation updates, a surprising election result, and the residential market slowly returning to optimism from a period of falling house prices and difficult lending conditions.

In both January and May of this year, APRA released changes to the prudential lending requirements, which is set to continue positively impacting the residential market into 2020 by creating a more lenient lending environment.

January this year brought around the removal of APRA’s 30 per cent cap on interest-only loans from Australian lenders – a move that worked to stabilise and renew interest in the Australian residential market.

This change did not have ground breaking flow-on effects directly on the market, however it was the starting signal that APRA is looking at how their regulations can both maintain the quality of mortgage portfolios while still opening up the market to more active buyers.

In May, APRA proposed the removal of a key constraint on mortgage credit, the interest rate ‘floor’. This proposal was designed reduce serviceability requirements in an effort to respond to historically low interest rates and allow more customers into the housing market at a time when house prices were spiraling.

In May, the Federal Election was watched closely by the entire nation, with the property industry expecting some large changes as the Australian Labor Party was tipped to win a majority in the Lower House.

However, in a surprising result, the Liberal National Party won the election with Scott Morrison remaining as Prime Minister. This election result almost immediately restored confidence to the residential market, as all uncertainty from proposed Labor policies was allayed.

Build-to-Rent projects continued gaining interest in the residential market throughout 2019, with a number of projects coming to fruition across Australia. Residents at Australia’s first build-to-rent project, The Smith Collective in Southport, began to move in early this year as more developers continue to explore the asset class across all major cities.

This year saw both developers and equity funds become interested in the fledgling asset class, with Blackstone – one of the world’s largest private equity funds – announcing in December that they are involved in two projects in Melbourne.

The success of the model as a whole within the Australian market is still subject to debate due to a number of economic and policy factors. However, just as 2019 saw interest in BTR grow, coming into 2020 it is likely to remain an area of interest as the need for affordable housing continues as a key issue within the residential sector.

In the first half of 2019, we saw the residential market remain slow, with low auction clearance rates and falling house prices. However, throughout the year optimism returned to the market off the back of both the APRA lending changes, and the election result.

Various macroeconomic factors such as interest rate cuts and tax concessions brought in by the Morrison Government improved cashflow for households, and when combined with a more lenient lending environment it brought the residential market into a new period of price growth and buyer engagement in the back half of 2019.

The interest rate changes throughout 2019 began in June when they were lowered by 25 basis points to 1.25, again being lowered in August to 1.00, and finally resting at their lowest point in October when the cash rate was changed to 0.75.

There is speculation that interest rates will continue to be lowered into 2020, however the Reserve Bank of Australia’s decision to hold rates at 0.75 in December reflects the predicted upswing in the established residential market throughout the country and a reasonable global economic outlook.

As we head into 2020, it is likely that the current phase of optimism within the residential market will continue, especially as new buyers (including first home buyers) are welcomed back into the market.

Economic projections, employment growth and labour force participation are all looking positive – making for even more favourable macroeconomic conditions as we enter a new decade.

Matthew Royal, Director at Development Finance Partners has determined his top 5 predictions for 2020 as:

For more information on how DFP can help you prepare for the economic conditions of 2020, contact DFP here.