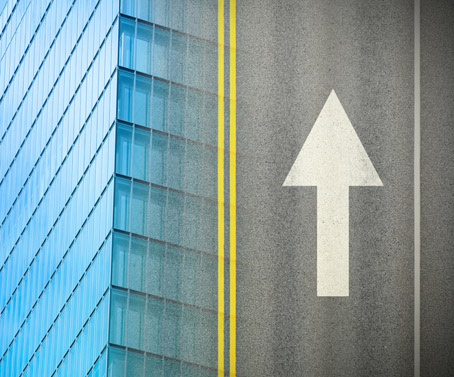 Over the past 18 months, Australian property developers have been seeking new growth opportunities in a market that has only offered tougher regulations and financial fallout. But, as we move into the back end of 2019, optimism and buyer confidence is returning to the residential market.

In the domestic market throughout late 2018 and early 2019, a rapid deceleration in house prices hit the country’s two largest property hubs, Melbourne and Sydney, and began to spread to regional centres. Significant asset value declines continued to make buyers cautious of spending and developers reluctant to begin new construction projects.

But, just as the residential market seemed to head lower than it has been in 12 years, optimism began slowly creeping back in, due in a large part to a number of events that had a striking impact on the market at a macro level.

Macroeconomic factors such as tax and cash rate cuts, a Liberal Government win and APRA’s amended guidance on mortgage lenders have all had the biggest impact on confidence. These changes have influenced buyers – particularly owner-occupiers and first home buyers – to come back into the market and transform the doom and gloom into market optimism.

Property investors, developers and buyers have all seen the positives in these factors as they worked to make difficult market conditions favourable again. Reports of a rise in buyer enquiry were almost immediate and auction clearance rates rose to 57.7% following the Federal Election, their highest level in over a year.

“All of these factors have seen confidence come back to the market and, most importantly, have impacted household income, whether through tax cuts or mortgage payment reductions,” said Development Finance Partners Founder and Director, Baxter Gamble.

“APRA providing a more lenient lending environment for everyone involved in the residential market has also contributed to this new found optimism, and contributed to the resurgence of buyers into the market.”

Since the performance of the property market is intrinsically linked to the state of the economy, any macroeconomic factors introduced through government policy or natural events can have complex and long-lasting effects on the real estate sector. This is why positive changes that foster prosperity typically improve the market’s standing.

The economics of optimism also demonstrate that when people are more optimistic, economic expansion is stronger and recovery is faster. We’re seeing this first hand at the moment, and here is a recap of the macroeconomic factors that have contributed to market optimism for buyers and developers so far in 2019.

The Morrison Government remains in power

The Liberal Government winning the 2019 Federal Election was a memorable event, especially in the minds for property developers, who were facing implications from the Opposition’s controversial negative gearing approach.

“It wasn’t that the values changed, it was that the whole confidence of the market completely changed post-election. I don’t think I’ve ever seen an election with so many policies on the table that would affect the property market [and] investors,” he said.

“I honestly think that the market just didn’t know what the impact of it was going to be. So, post-election when the [Labor policies] didn’t go through, buyers knew what the playing field was and they were happy to move again into buying property.”

On top of Labor’s negative gearing reforms, which would have limited tax concessions to new housing investments only, the party also suggested scrapping refundable franking credits on dividends from shares, to raise revenue.

For investors, this would have meant paying tax twice on dividend income. Both of these policies would have inevitably impacted cash flow benefits to household income, which is a direct growth driver for Australia’s property market.

However, with the Morrison Government remaining in power these policies were put aside, and a $158 million tax cut package was passed through parliament in July, which will offer immediate tax relief for more than 10 million Australians.

At the start of July, the Reserve Bank made a significant move to open up the housing market for new buyers, dropping interest rates to a historic low of 1.00 per cent. Only one month before, the central bank had cut the cash rate from 1.5 per cent to 1.25 per cent.

Recent RBA research found that a one percentage point reduction in interest rates boosts property prices by about 8 per cent over the following two years. Lower interest rates have been a major contributor to property price increases in Australia over the past two decades and are expected to help restore the current market to its former strength.

In May, APRA began considering possible revisions to its guidance on serviceability assessments that ADIs perform on residential mortgage loan applications. The original guidance specified that ADIs assess loan serviceability using the higher of either an interest rate floor of at least 7 per cent, or a 2 per cent buffer over the loan’s interest rate.

By July, the APRA had announced it would change assessment requirements to allow ADIs to set their own minimum interest rate floor. The changes are likely to increase the maximum borrowing capacity for borrowers and encourage more people to seek out loans.

What does the future hold for Australia’s property market?

“You could see the colours change in Sydney from green to red over the past 18 months, and this is supported by data that shows activity has picked up mostly in areas with mid-price ranges. One example is Ryde with properties within the $1 million – $1.5 million range,” said Mr Henderson.

“In Melbourne we’re seeing optimism come back for detached houses in the inner North of the city, and properties within the $1 million – $1.5 million range are showing strong demand and moving in a positive direction.

“I think with most locations the consensus is that we’ve probably hit the bottom of the market in terms of values falling. Buyers have the confidence to come back in now but I don’t think we’ll be seeing a sudden upswing in prices.

“It will be a steady market going into the end of the year. It’s a lot better than where we were sitting pre-election and the back half of last year where there was a distinct lack of buyers to vendors,” he said.

“[The] policies they’ve got in at the moment are fine for moving forward. I think investors will get a certain amount of confidence coming back as they see the market stabilising, which is definitely happening.”

The future of Australia’s residential property market looks good as the government, main regulators and lenders work together to rebuild the confidence of buyers, investors and developers. Indications show that this optimism will continue on for the remainder of 2019, as buyers continue to get back into the market in middle-ring, mid-price locations.