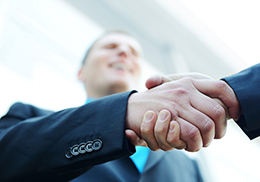 While there is greater liquidity in the traditional banking sector, which presents developers with enticing offers and low interest rates, the devil may be in the detail.
In the realm of property development, bank finance can often represent a false economy, warns Mark Trayner, associate director of Development Finance Partners.
As the non-bank sector matures, the realisation that price alone is not a sustainable competitive advantage is also finally dawning.
“Overall, banks are offering cheaper fees, and interest rates are lower, but there are other options out there that allow developers with good-quality projects to get their projects moving without onerous pre-sale conditions,” says Trayner.
An advantage of using non-bank lenders is the comparative flexibility of finance approval, particularly regarding how banks qualify the developer’s serviceability. Often, the banks’ stringent vetting processes can dramatically limit the developer’s assessed borrowing capacity.
“Sometimes paying a little bit of extra interest will reap rewards in the long run, particularly by expediting each project, thereby compressing the whole pipeline of the projects, without having to jump through bank hurdles,” says Trayner.
In addition, onerous pre-sale conditions that banks may demand can actually have an adverse effect on bottom-line profitability. “Developers may have to drop prices and pay higher commission to agents in order to meet banks demands,” says Trayner.
Here are some calculations for a typical medium-size development: 24 x $500k units, land being purchased with equity, banks offering a 6.5 per cent interest rate would typically demand pre-sales for 50 per cent of units, pre-sales discounted at 5 per cent and commissions at 6 per cent; the outcome was a development margin of 15.9 per cent with a development profit of $1.44 million.
Compare that with non-bank funding at a higher interest rate of 10 per cent, but without having to discount pre-sales and pay high commissions, the result for the same project was in a development margin of 20.8 per cent and a profit of $1.85 million.
Trayner does note however that entering a development with no pre-sales requires a level of comfort for all stakeholders that there will be sufficient demand for the end product upon completion – it is not necessarily the best option for all circumstances.