A perfect storm occurs when several weather systems collide and, often there are potentially damaging consequences. The depressed credit conditions we are currently experiencing is analogous to this scenario.
The credit cycle which is (shown below) demonstrates how the natural expansion and contraction of access to credit occurs over time. Not surprisingly the credit cycle’s effect on the Business Cycle and many other cycles (especially Real Estate) is significant both in the expansion phase and contraction phases.
The rapid price growth we have seen in the Sydney and Melbourne property markets are an example of asset price inflation during the expansionary phase when the market has had easy access to leveraged low cost debt. The increased liquidity, new money and wealth in these markets has helped to maintain economic activity and growth, and up until recently, helped to fill the void left by the decline in the mining sector.
However, the inevitable correction has arrived as APRA was eventually forced to step in and slow the rate of residentially secured credit growth. APRA was forced to step in out of concerns the rapid credit growth was creating a speculative “property bubble” at the beginning of a deteriorating macroeconomic environment and so began the pressure on the Banks to recapitalise and become “unquestionably strong”. 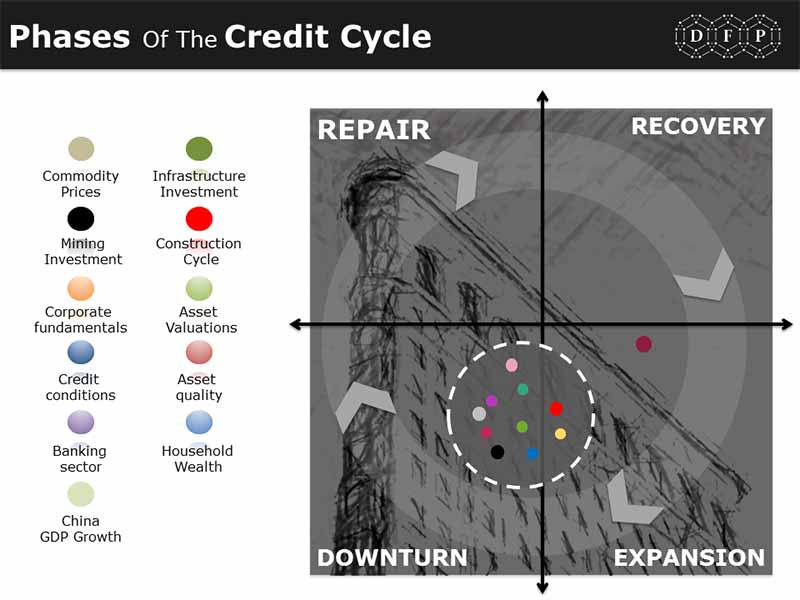 As illustrated above and within Figure 2 below the current domestic economy is attempting transition from the Non-Mining and Non-Housing markets . This is only likely to occur if the Federal and State Governments continue to partner with the private sector to invest heavily in major Infrastructure Investments and innovative business which can compete on the world stage.

Why banks are increasing rates even though the RBA has not

To maintain their ROE (Return On Equity) there is a reasonable likelihood that the Banks will independently increase their variable rates by 50bps by Q4 16.  This is well supported by research and Fanalysis conducted by QIC based upon the projected capital adequacy requirements of the Banks. 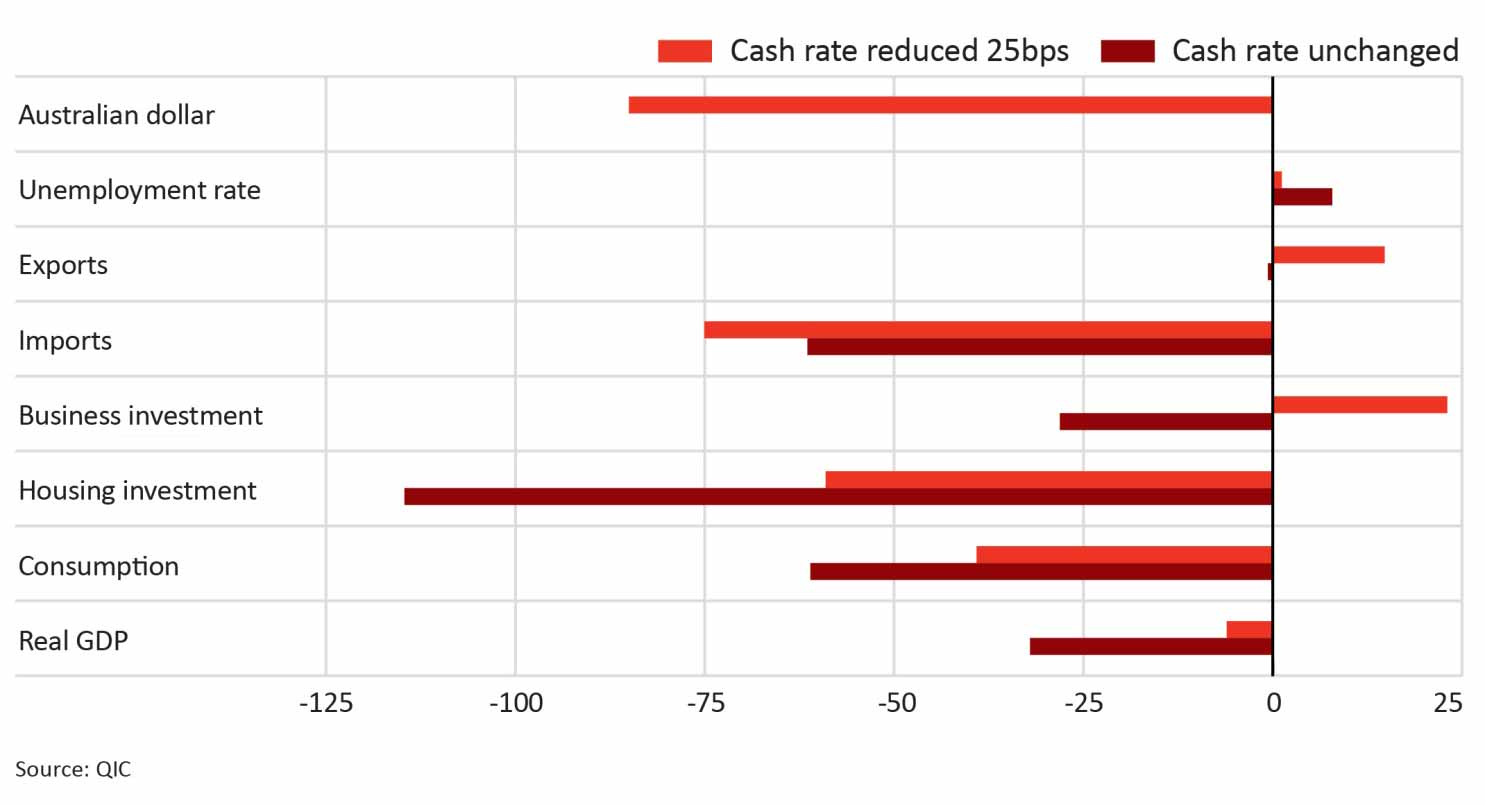 The good news is that this presents an opportunity for the RBA to reduce the cash rate by at least 25bps.  A consequently lower $AUD can then drive export growth and encourage increased business investment.
This would serve to limit the significant downside risk to Australia’s Real GDP levels (as highlighted in figure 2) and help the Australian economy transition from the mining and housing sectors.
Industries which are supported by a lower $AUD such as tourism would also be the obvious benefactors of such a move.
The saying “necessity really is the mother of invention” is certainly the case with respect to the property development industry as it is well and truly in the downturn phase of this credit and economic cycle.

Trends driven by the credit squeeze

DFP is experiencing an unprecedented number of new client enquiries from the Banks customers who have been “encouraged” to seek alternative debt providers.  On the flip-side we have also noticed an increased appetite from our non-bank underwriters who have increasing inflows of capital from investors seeking to invest in fixed income mortgage backed securities which offer significantly higher returns with less volatility.
Developers can benefit from finding alternative sources of credit
Our property developer clients see the strategic advantage in partnering with DFP as we can advise and arrange the finance for them on terms that can’t be matched by the banks or many of their competitors.  This means they will be able to bring new stock into the market sooner and will be far better positioned when credit and Real Estate cycles move out of the downturn back into the beginning of the next expansionary phase of the market which encouragingly is likely to be undersupplied at this point.
If you wish to act to take advantage of more flexible forms of non-bank finance or even no presales with higher LVR’s contact DFP.  We can help you.