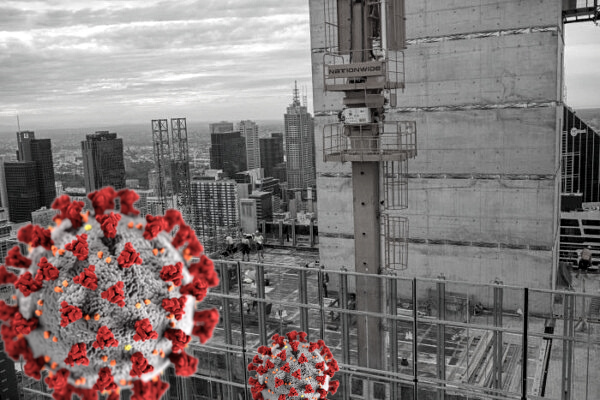 There is no disputing the Covid-19 pandemic has caused a period of uncertainty and change across the global economy and Australia is no exception. At the height of the epidemic, developers, like many businesses, quickly themselves in a position where they had to urgently review the way they conducted business. A large number were forced into a position where they had to support contractors and suppliers that were critical to their projects whilst being locked into agreements with their clients that didn’t necessarily afford them the same level of support. Several developers have failed spectacularly since, the most recent example being the imminent appointment of administrators to fifty entities within the Grocon Group. The stakeholders in this instance flagged the inflexibility of Infrastructure NSW associated with the Barangaroo project in central Sydney around its contract payment terms as one of the catalysts for making that decision. The navigation of rights and restrictions when dealing with those customers, contractors and suppliers will have been critical over the last six months and will become even more critical over the next six to twelve months. To date there has been an unprecedented amount of liquidity provided to the market through extraordinary government stimulus measures including the temporary moratoriums on debt enforcement action, the job keeper program and the extension of loan holidays by all the major banks. All these measures have effectively kicked the preverbal debt can for businesses and individuals alike, down the road. That road is now coming to an end.

You may recall that on 24 March 2020, the federal government introduced the following amendments to the corporation’s act designed to assist financially distressed businesses through the pandemic:

Whilst originally slated to end on 25 September 2020, these measures were extended through 31 December 2020 due in part to the Victoria’s extended lockdown period. Whilst the sentiment of saving as many businesses as possible and providing them with a chance to reset in the short term is admirable, these moratoriums significantly impacted how developers could seek to enforce their rights in relation to outstanding amounts owed to them.

They have also unwittingly allowed for businesses who would ordinarily fail to continue to operate whilst being propped up by government support. This is borne out in the formal external administration appointments for the June 2020 and September 2020 quarters which were on average, 42% and more than 50% below those for the corresponding quarters in 2019.

As you are no doubt aware, on 30 March 2020 the federal government introduced the job keeper payment which afforded all businesses a payment of $1,500 per fortnight for each worker that remained an employee of the business regardless of whether they had been stood down or not during the height of the pandemic.

It also was slated to end on 28 September 2020 but again, an extension was granted, albeit on a stepped basis for businesses that continued to qualify through 21 March 2021 when it will cease.

It is estimated that at the height of the pandemic, 3.5 million or 1 in 3 employees (33% of the working population in Australia) was being provided with income support via job keeper and that the program has an estimated overall cost of approximately $86 billion. Whilst these numbers have fallen post the pandemic highs, it is estimated that over 2 million employees continue to receive jobkeeper support in November 2020. The removal of these payments will have a marked effect on consumer sentiment and intern consumer spending.

Business loan deferrals due to end in April 2021

The Australian Banking Association extended a six-month deferral to business customers on 20 March 2020 which covered in excess of $100 billion in loans. The deferral was estimated to have put $8 billion back into the Australian economy. The majority of the six-month deferral packages came to an end in September and October 2020 however up to a further four-month extension was provided to those businesses who continued to struggle at that time. At the height of the pandemic, 228,070 in business loans were deferred. This has now fallen to 72,909 as at 4 November 2020 and of those who have recommenced payments, many remain under loan stress and this stress is only likely to increase with the continued uncertainty into 2021.

Once these temporary measures lapse in January 2021, it is anticipated that there will be a wave of corporate insolvencies as debtors take steps to enforce on debts in the ordinary course and many companies will find themselves in a position where they are unable to pay and are forced to close.

Of those corporation’s entering external administration, if history is any indicator, more than 30% will be businesses who operate within the building and construction industry. This in turn historically has a dramatic flow on effect to those developers who rely heavily on contractors and sub-contractors to complete their projects.

How do developers proactively manage the risks?

There is also the opportunity for developers to consider restructuring their company’s affairs, utilising access to the current stimulus measures as breathing space to allow that to occur. Where there is sufficient uncertainty around ongoing solvency of the business, voluntary administration should be strongly considered. Please feel free to reach out to the team at Worrells to discuss your specific circumstances on a confidential no obligation basis.