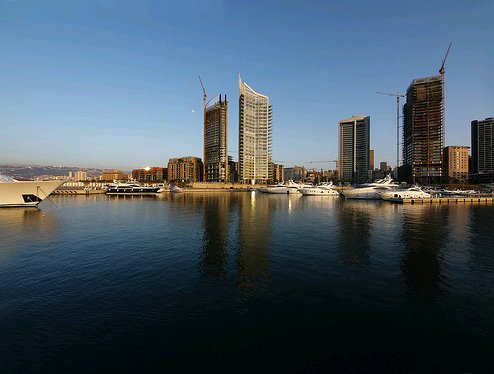 The Reserve Bank of Australia raised the possibility of implementing new rules to cool the property market.
This announcement is in response to the high rate of growth specifically in investor finance (currently growing at double-digit rates and representing nearly half the flow of new approvals).
“A lot of this is interest-only lending in an environment of rising house prices, especially in Sydney and Melbourne,” he told the Melbourne Economic Forum.
Mr. Stevens said he could see minimal downside in introducing new regulation, because ‘macro prudential tools’ might improve the situation in a best-case scenario or have no effect in a worst-case scenario.

So what is Macroprudential regulation and what are the potential tools Mr Stevens has to potentially chose from?

Macro prudential regulation is the approach to financial regulation aimed to mitigate the risk of the financial system as a whole (or “systemic risk“). Following the GFC there has been an increasing shift taken by central bankers and other policymakers towards a regulatory framework towards a macroprudential perspective such as those set out in the Basel III accord.
A large number of instruments have been proposed however, there is no agreement about which one should play the primary role in the implementation of macroprudential policy.
Most of these instruments or tools that Mr Stevens has at his disposal include:

The following tools serve the same purpose, but additional specific functions have been attributed to them, as noted below:

To prevent the accumulation of excessive short-term debt:

In addition, different types of contingent capital instruments have been proposed to facilitate bank’s recapitalization in a crisis event.
When looking at the health of the underlying financial institutions in the system, macroprudential analysis uses indicators that provide data on the health of these institutions as a whole including capital adequacy, asset quality, management performance, profitability, liquidity and sensitivity to systematic risks.
“I’m not naïve enough to believe that these kinds of tools are any kind of panacea or a permanent solution,” he said.
“But that doesn’t mean you shouldn’t use them for a period, if at the margin they might be helpful, and that’s the kind of thing that’s in my mind, nothing more.”
AMP Capital chief economist Shane Oliver said the use of macro prudential tools could be good news for mortgage holders if it delayed the next increase in the official cash rate.
“The focus looks like it may be on tougher capital requirements and interest rate tests banks apply when assessing new loans rather than restrictions on LVRs,” he said.
“It’s likely that if the property market does not soon cool an announcement could be made in the next few months..”
This is mixed news for Developer’s and has two implications.

If tougher qualifying credit guidelines are implemented, purchasers are likely to complete on the Sales contract, due to their proven credit ability.  This means that dropouts on pre-sales are less likely.

With tougher credit guidelines expected in the short term we may see property buyers who were previously keen to purchase a property whilst interest rates are at an all-time low be either less likely to enter the market or unable to complete on a purchase.

What does it mean for developers?

Developers who don’t have the benefit of an established passive income will struggle to service any residual debt that they will be forced to hold due to contracts not completing.
This in turn could see developers looking to off-load the unsold properties in the development at discounted prices impacting purchasers who’ve already settled.

Developers can expect to see higher pre sales hurdles from their Banks for construction funding. So indirectly these credit enhancements flagged by the RBA will impact the construction market.

How can developers prepare for any changes regulations?

Obviously Developers need to consider the ever changing climate and the prevailing conditions and structure their funding to be adaptable.  To maintain momentum and realise the potential of their development plans in a changing market, Developers should consider:

Alternative funding outside of traditional banks

Developers can access fundign via the Private Funding Construction market.  Working with a partner such as Development Finance Partners, Developers should seek and consider options private options for funding where credit guidelines are more flexible.

Appointing a professsional and experienced project or development manager will ensure that builder variations which could impact the financial viability of development are mitigated.

Not compromise on sales deposits.

In the current climate Developers need to minimise the risk that any pre sales will fall over, by ensuring that buyers submit 10% deposits (minimum).

Work with an expert

Development Finance Partners specialises in structuring construction funding and is at the forefront of market conditions, given the diverse range of credit it receives from applicants, which provides various insights into the market.
By working with a partner like Development Finance Partners you will benefit from information to assist developers with their finance packages which are cognisant of the ever changing economic fundamentals.