But is it just political positioning around the need for Budget repair? 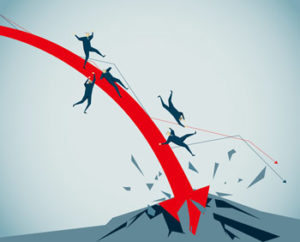 Recession is mentioned, but is it just political positioning?

In April this year we posted a blog regarding the delicate state of the Australian economy and the possibility of Australia dipping into recession in the 2016 calendar year.

Since then the RBA has lowered the cash rate by a further 0.50% to a record low of 1.50% (0.25% in May and August respectively).  These rate cuts have been made on the back of “less than target inflation” and subdued wages growth.

Is Consumer Outlook At Odds With RBA?

Interestingly, the Westpac-Melbourne Institute Consumer Sentiment Index for Australia rose 2 percent to 101 in August of 2016, compared to a 3 percent drop in July.  Expectations over economic conditions over the next 12 months increased by 3.5 percent, following a sharp decline a month earlier.

Australia’s economic growth rate accelerated in the first quarter this year as strong export volumes and household spending on services helped offset lacklustre business profits and investment.  Employment numbers have also improved however the increase has been mostly in part time positions as opposed to full time.
The Australian Bureau of Statistics reported gross domestic product increased by 1.1% in the March QTR 2016 (seasonally adjusted). The annual increase was 3.1%.  However, there is discussion about the relevance of GDP as a growth indicator given the weakness of personal disposable incomes.  Real net national disposable income grew by just 0.2 per cent for the quarter to be down 1.3 per cent year-on-year. On a per-capita basis, it shrunk for the eighth quarter in succession.

RBA Running Out of Levers

Glenn Stevens also commented on his retirement from the Reserve Bank that there was little left in the monetary policy tank and that it was now up to the Government to grow the economy through fiscal measures and economic management.

Government Committed to a Surplus to Avoid Recession

Scott Morrison fully understands that he is in the proverbial “rock and a hard place”.  The Coalition inherited the deficit from the Labor Government’s spending in response to the GFC.  Abbott and Hockey became extremely unpopular after the 2013 election victory as they attempted to rein in the deficit however suffered electoral damage and a hostile Senate on their first Budget.  Now Turnbull and Morrison are facing the same challenge with an even smaller majority.
Morrison is making his case to the electorate that if budget repair isn’t taken seriously now, then Australia may well follow down the path of other countries that went into recession after the GFC.  Most people understand the need for budget repair, so long as the policies around the repair don’t impact on themselves.
It will be interesting to see how the repair measures are greeted by the new Parliament.  The Treasurer has his work cut out for him.