Risky Business: What Areas Should Developers Be Looking At To Reduce Risk? 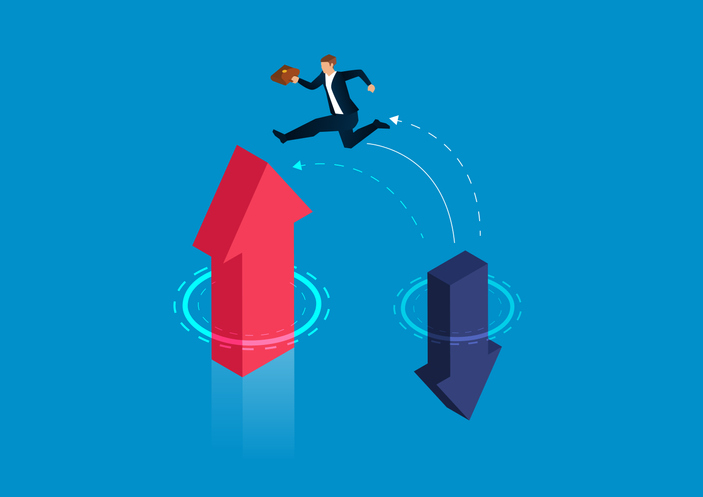 Risky Business: What Areas Should Developers Be Looking At To Reduce Risk?

Australia’s property industry has beckoned in the new decade with an astonishing recovery, offering an environment that seems very far removed from the strict lending conditions and declining optimism that the market faced in 2019 – but that doesn’t mean developers should stop looking to minimise risk across their assets.

A new month in review report from independent property valuers Herron Todd White revealed that Canberra and Queensland’s Sunshine Coast were at the peak of the market, and the ‘property clock’, while Hobart remained in a rising market. Melbourne, Sydney and Brisbane were recovering, and markets in Adelaide, Darwin and Perth were bottoming out.

Even though these market insights are a good place to start for developers looking to minimise risk from declining assets coming into the 2020-2021 financial year, there are a number of ways developers can further predict what may be a high-risk area, including:

Conversely, developers could consider searching for markets that are the opposite of these points as potential safe havens where capital values are more likely to increase in the short to medium term.

With these risk criterion in mind, what are the markets throughout our capital cities currently telling us about high-risk and low-risk areas?

House prices in Melbourne and Sydney rose by nearly 1 per cent in January, according to CoreLogic figures, on the back of a positive end to 2019. Rather than battling the normal new year downturn, investors and agents are now rushing to accommodate renewed interest from buyers.

But not everything in Sydney’s property market is solid gold. REA Group Chief Economist, Nerida Conisbee, told the Fifth Estate that Australia’s most populated city is still experiencing problems in the rental market and will need more investors before the market picks up across the board.

Sydney’s declining rents are a result of development oversupply in what was once a struggling market. Current investor focus is on housing in northern suburbs, despite the high volume of available properties in Sydney’s west, while affordability concerns continue to keep millennials out of the market.

In the Sydney suburb of Lakemba, capital growth potential has fallen due to significant price increases, growing vacancies and falling rents. CoreLogic reported a price drop of 16.29 per cent in Lakemba since 2017, when the suburb reached its peak growth.

Nevertheless, HTW’s report still predicts that Sydney’s property performance will be one of the strongest in 2020, with house prices rising by 10 per cent this year, to surpass the city’s previous peak in 2017.

Melbourne’s phenomenal population growth, in addition to historically low interest rates and other economic factors, has meant that Victoria’s capital is also posting a very strong property performance going into 2020. Apartment demand is expected to remain steady and support Melbourne’s recovery for the first half of the year.

But what might look like a solid investment also comes with a warning. According to AFR, areas that have become ‘overheated’ in the market’s latest wave of growth and rising property prices might have diminishing prospects for further capital growth.

Melbourne’s equivalent to Sydney’s Lakemba is Melton South, which from 2016 reported a 60.25 per cent lift in the median house price thanks to new house and land packages going into the area. In the 12 months prior to October last year, prices in Melton South dropped by 1.22 per cent and will likely be followed by a longer period of relatively flat growth (AFR, 2019).

“Buying in markets [that] already had a boom [like in Sydney and Melbourne], or in areas that are surging in prices is a big risk,” Margaret Lomas, founder of Destiny Financial Solutions, told AFR.

These areas are more likely to create the unfavourable ratio of lowest income to highest debt level, which affects affordability and future asset values.

The city’s significant apartment oversupply that came to a head in recent years has finally begun to be absorbed, to the relief of developers.

However, recent changes to rental laws surrounding evictions and harsher lending rules from banks are worth keeping an eye on. Some of Brisbane’s more prestigious suburbs, such as Bulimba, Tarragindi and Kangaroo Point, could be impacted by external factors, which include a second runway being opened at Brisbane Airport next year.

The new infrastructure, while potentially a positive for the area, could also negatively impact certain suburbs’ desirability and growth prospects.

Gentrification is also a concern for Queensland’s capital, with inner-city suburbs like Stafford experiencing some deterioration in capital growth and rental income for some investors.

Gentrification is defined as the process of repairing and rebuilding homes and businesses in a deteriorating area, accompanied by an influx of middle-class or affluent people. For an area like Stafford, which is located only 10 kilometres north of Brisbane’s CBD, gentrification means that people’s expectations for the suburb and its housing are changing, and rental returns for unrenovated properties are actually dropping.

HTW’s report suggests that Perth and Darwin are currently at the bottom of the market, with both cities having already been through a boom-to-bust market.

Darwin’s residential property market is expected to face yet another year of tough conditions. The city’s $200 million CBD refresh and a new Charles Darwin University campus will hopefully provide a much-needed flow-on effects for businesses and properties in the CBD.

Despite Canberra’s steady population growth, the nation’s capital won’t be seeing any significant property breakthroughs this year. House prices are predicted to be consistent in 2020, with relatively small increases, despite a record sale price at Red Hill in 2019.

Adelaide will follow the same trend, with no significant change to the area’s market, just incremental growth. Adelaide’s housing market rose by 1.1 per cent over 2019, according to data from Domain.

In some lucrative areas of Hobart, house prices have started to resemble Melbourne property prices. However, this growth is expected to peak by the end of 2020, with interstate migrants potentially dissuaded by rising property values.