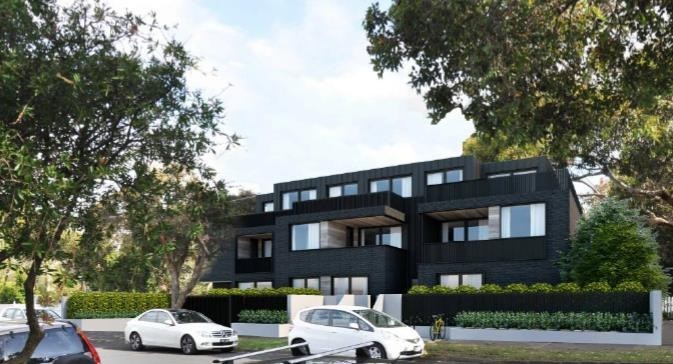 Background
DFP had been engaged by the borrower to obtain construction finance for a development site located in Hampton that they already owned. During the process the borrower advised that the loan term on the land had expired with their existing lender and the lender could not extend the term to allow for construction finance to be arrange to take them out and had put the property into Mortgagee in Possession and advertised the site for sale.

The borrower urgently notified DFP to arrange immediate bridging finance as they did not want to lose the profitable development site.

THE DEVELOPER
The Group is a vertically integrated, full service property development and construction group based in Melbourne. Until recent times, the Group has operated for most part in the background on the delivery of a large pipeline of projects. The company continues to construct and develop sites and will continue to do so for a number of years to come.

At present, the developer holds in excess of 20 projects which are either ready for construction or in pre-development phase. The Group is located in Victoria and employs approximately 20 staff.

The Group strategy focuses on building and developing quality developments within Melbourne’s inner to middle ring south-eastern suburbs. Specifically, the Group will look to deliver between 6-12 projects each year predominately on mixed-use residential projects, with all aspects of the development life-cycle to be managed in-house, ranging from site acquisition, planning, sales and marketing, project funding, construction, project management and settlements.

Following being advised the site was now mortgagee in possession and advertised for sale, the time frame to arrange take out and settlement was under two weeks.

The Solution: Refinance of existing mortgage with bridging finance facility

DFP arranged a 6-month bridging facility for $3.2m at an LVR of 57% approved with a new valuation completed and ready to settle in 7 days.

The client is now very happy that they have been able to retain their development site and DFP are working towards achieving construction finance terms less than a week since the site refinance.

WHAT THE CLIENT SAYS:

I had a relationship with DFP previous to my current role. I was working with them 2-3 years ago and coincidently, my current employer also had engaged DFP 2-3 years ago with regard to a Corporate facility, so it made sense given we both had had positive experiences in the past to work with them again.

We needed a facility urgently and DFP were able to help us within a two-week turnaround. When they say they will do something, they do it. There’s no ambiguity. When you work with them, there’s certainty and they are really responsive with offers, outcomes and getting the deal closed. They get things done quickly. Certainty for developers is really key at the moment with what’s happening in the funding market.

We would recommend them to other developers. They are the pre-eminent private funding partner for developers in Melbourne.