Senior & Mezzanine Facilities totalling $11.415m for site refinance and construction of 19 apartments at 68% of the Net Realisation Valuation in Hampton, Victoria 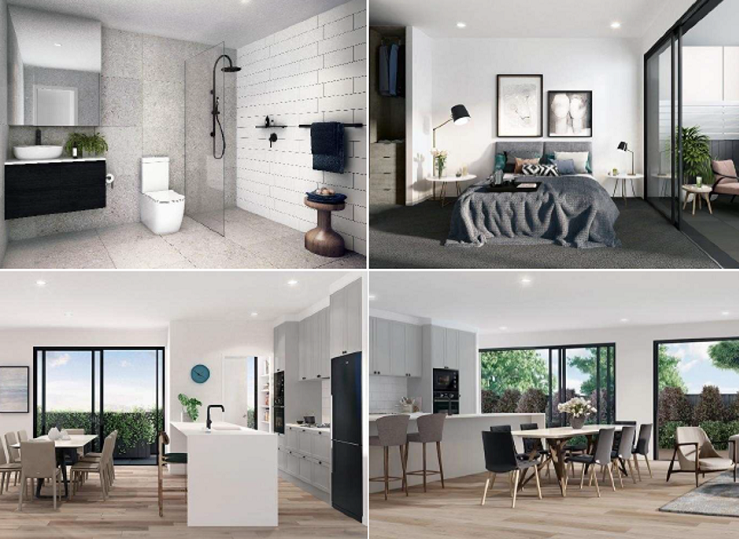 Senior & Mezzanine Facilities totalling $11.415m for site refinance and construction of 19 apartments at 68% of the Net Realisation Valuation in Hampton, Victoria

The Group is a vertically integrated, full service property development and construction group based in Melbourne. Until recent times, the Group has operated for most part in the background on the delivery of a large pipeline of projects. The company continues to construct and develop sites and will continue to do so for a number of years to come.

At present, the developer holds in excess of 20 projects which are either ready for construction or in pre-development phase. The Group is located in Victoria and employs approximately 20 staff.

The Group strategy focuses on building and developing quality developments within Melbourne’s inner to middle ring south-eastern suburbs. Specifically, the Group will look to deliver between 6-12 projects each year predominately on mixed-use residential projects, with all aspects of the development life-cycle to be managed in-house, ranging from site acquisition, planning, sales and marketing, project funding, construction, project management and settlements.

The Brief: Refinance the existing loan over the site as part of a full construction finance facility

Given the tightening of all Major Banks in the development space over the last 3-4 years, the developer found it problematic to finance the construction component of the build given they were also the builder, particularly with a higher LVR required.

Development Finance Partners (DFP) was engaged to provide a funding solution for the construction project in Hampton, Melbourne.

DFP ascertained appetite from a preferred DFP underwriter to secure site refinance and construction finance approval following which a valuation was undertaken on an ‘as is’ and ‘as if complete’ basis.

Based on the detailed analysis from DFP and understanding of the transaction DFP secured support from its underwriter to fund the transaction with a first and second mortgage facility for both the land refinance and the construction component to achieve the higher leverage.

I had a relationship with DFP previous to my current role. I was working with them 2-3 years ago and coincidently, my current employer also had engaged DFP 2-3 years ago with regard to a corporate facility. So it made sense given we both had had positive experiences in the past to work with them again.

We needed a facility urgently and DFP were able to help us within a two-week turnaround. When they say they will do something, they do it. There’s no ambiguity. When you work with them there’s certainty and they are really responsive with offers, outcomes and getting the deal closed. They get things done quickly. Certainty for developers is really key at the moment with what’s happening in the funding market.

We would recommend them to other developers.  They are the pre-eminent private funding partner for developers in Melbourne.