The Economy Behind The Bushfire Recovery Efforts and Climate Change Reform 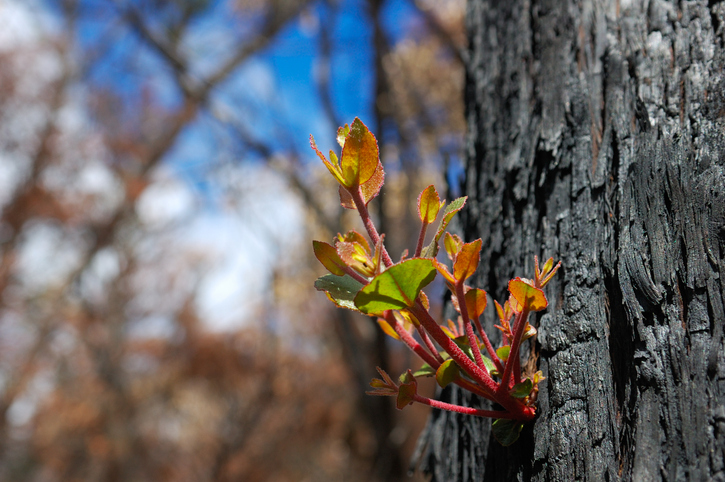 The Economy Behind The Bushfire Recovery Efforts and Climate Change Reform

As the unprecedented fire season continues to grip the country and cause widespread devastation, it will likely have a profound impact on Australia’s infrastructure spending and economic status as the impact of the widespread rebuild is fully realised.

But what happens to this growth projection when one of the world’s largest ever bushfire events tears through over 10 million hectares of land? The 2019-2020 bushfires are already set to cost Australia billions of dollars and endanger the government’s long-touted budget surplus.

More than 5,000 insurance claims worth $375 million have already been made, after over 1,800 homes were destroyed or damaged by the bushfires in NSW, Victoria and South Australia. To put this into perspective, the land scorched in this bushfire season was 14 times the size of land burned in the Black Saturday fires, pushing the real cost of a rebuild into the billions.

The Morrison government has already announced a $2bn disaster relief package, with businesses affected by the fires eligible for additional grants of up to $50,000. Businesses that have suffered significant loss of revenue or asset loss can also access concessional loans of up to $500,000.

The private donations to fire affected areas are also unprecedented, reaching $500 million. Most notably, Celeste Barber’s fundraising campaign raised $51 million to go toward the New South Wales, Victorian and South Australian Rural Fire Services. These funds will support the volunteer-led RFS and keep emergency services running smoothly, and will be distributed after consultation with RFS members to ensure the funds go where they are needed the most.

Banks are also stepping in and easing the financial burden of those affected by the bushfires with the Australian Bankers Association announcing fee and loan repayment changes and deferred interest payments on a case-by-case basis. NAB is offering customers with homes destroyed by the bushfires a $2,000 grant to help victims access essentials such as temporary accommodation, food and clothing.

The assistance from the public, the government and the banks is going to make a difference in fire affected areas, however those who have to rebuild after the fires may be faced with further financial shocks as building regulations require more stringent bushfire protections for new builds in fire-prone areas.

This also impacts on key infrastructure such as roads and services, which will have to be rebuilt to higher standards and carefully engineered to withstand higher temperatures and more severe bushfire events that may occur in the future.

However, despite the assistance offered to those who need it most, according to Deloitte, the bushfire crisis has sapped consumer confidence even further after the already damaging effects of the housing downturn and prolonged drought conditions. Moody’s Analytics has also predicted that the fires will further cripple Australia’s consumer confidence and increase the chances of a rate cut next month.

“The risk of there being broader macroeconomic spillovers this season are high given the scale of the fires, as well as the fact that it is still early in the bushfire season and the existing fires are yet to be contained,” Moody’s economist Katrina Ell told The Guardian.

Political pressure is mounting on the Morrsion Government to develop a more aggressive climate change policy framework, however senior members of the Liberal Government are in conflict depending upon the interests of their constituents.

The question remains will real action of climate change be the only positive to be pulled out of the ashes of such a shocking fire season? Especially as it has already cost 30 human lives, killed over 1 billion animals, destroyed 10 million hectares of land area, damaged or destroyed over 1,800 homes and ruined countless businesses as towns are left devastated.

If we are not taking action now, any reasonable person has to ask: how much worse and how much more costly does it have to get before the nation and the world responds to meet the climate crises as if our lives depend on it, because it looks like our lives actually do depend on it.

Sadly, it seems it’s up to the public to force our politicians to adopt a more aggressive legislative framework to enable urgently required climate change action and reform.

Importantly it will require our best scientists, politicians and the central and institutional banks of the world to work together to lead us out of the mess we have created for ourselves, our children and our grandchildren.

Personal incentive is what got us into this mess, but it is also what will get us out of it. A legislative framework that incentivises profit to be made from climate change action is the force that will change the world.

There is no doubt the repealing of the mandatory style Carbon Tax legislation by the Abbott Government to a the current op-in style Emission Reduction Fund was a backstep in this regard, especially following the Morrison Governments amendments to the critically important safe guard mechanism which came into effect on the 7th of March 2019.

According to a Guardian article, Tim Baxter from the Australian-German Climate and Energy College and Melbourne Law School said the overhaul meant the safeguard mechanism was now “totally useless”.

“By moving to baselines that vary with production, it becomes more and more difficult for facilities to breach their limits.”

“The safeguard mechanism moves from being next to useless in providing for a safe climate, to being totally useless.”

“Under the previous default rules, while there was nothing compelling emissions to come down, there was at least a limit on their growth. Under the revised rules, there is neither.”

Clearly an effective emissions trading scheme and carbon tax needs to be adopted by Australia, urgently.

Incentives which provide investment and approval certainty to encourage both research and development of the world’s most proven viable and scalable technologies is also a great place to start to make a difference.

For example, Bill Gates’ TerraPower, is a next generation Nuclear Power technology that he has personally developed by spending an estimated US$500 million. TerraPower uses nuclear waste product in the form of depleted uranium to produce unlimited amount of power creating zero CO2 emission in advanced safe redesigned reactors.

These are all divisive questions, but questions that will help pave the way of our future. Whether that future is clouded in smoke from ever-worsening bushfires, or with fresh air for our grandchildren to enjoy – those outcomes will rely on how we choose to answer questions like these.