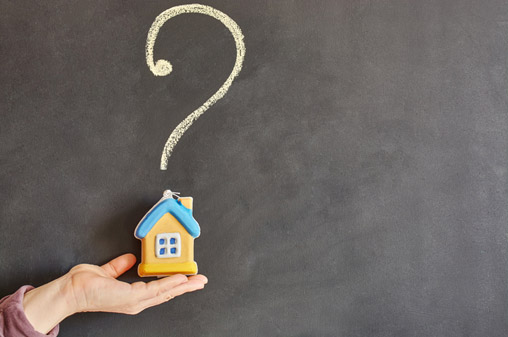 In 2018, more than 110,000 first-home buyers entered the Australian housing market. According to QBE’s Australian Housing Outlook 2019-2022, the future for residential property in Australia looks even brighter as regulatory intervention in financial markets continues to ease and strong population growth supports demand for housing.

QBE’s report looks back on many of the events that have shaped and impacted the Australian property sector over the last 12 months. The analysis paints a positive picture for Australian home ownership over the next four years and forecasts that the property market will continue to be a core contributor to our domestic economy.

What is most interesting to note from QBE’s report is that despite the negative growth across houses and units in the eastern states, affordability in these areas remained higher than 20% (with the exception of Tasmania, which was at 22% after starting from a low base). Tasmania also showed the lowest level of decline in investor loans.

Another interesting point to note is Brisbane’s projected turnaround and forecast median house price growth of circa 20.3% over 2019-2022. This rapid growth compares to Sydney and Melbourne that are forecast to grow by only 5.8% and 5.10% over the same period, respectively.

For Sydney, Melbourne, Perth and Brisbane, median house price growth is expected to rise over 2019-2022, with Brisbane the notable outlier at 20.3% growth. Affordability is also expected to rise across every state, particularly for the country’s largest and most lucrative property markets in Sydney and Melbourne.

House prices across all capital cities are anticipated to stabilise in 2019/20 following slow growth or declines over the past two years. In keeping with optimistic trends over the past few months, borrowers will be supported by improved lending serviceability buffers and record-low interest rates, which will provide some positive impetus to property prices.

Annual movement year to June 2019 in first-home buyer loans showed a decline across every state except for South Australia, Tasmania and the Northern Territory. The value of investor loans over the same period also declined substantially in every state and territory.

Brisbane’s outlook is strong, due to the city’s market remaining affordable after about a decade of modest price increases. A market oversupply, particularly of new apartment developments, has had a negative effect on house prices but this will effectively be balanced by population growth and a rapid downturn in supply.

The positive outlook extends to wider Queensland, as the state’s economy strengthens, and residential property prices are forecast to accelerate steadily through to 2021/22.

Canberra and Adelaide are expected to remain steady over the short term, with moderate price growth in recent months projected to continue. Canberra’s median house price may be influenced by the first home buyer stamp duty exemption that came into place from 1 July 2019.

It appears that the worst is over for Melbourne and Sydney, two markets that have seen property prices grow steadily over the past decade only to be limited by tough lending regulations and finance restrictions. However, improvement will be limited over the next three years as more rigorous income assessments impact credit growth and therefore property price increases.

Sydney shows hope in the form of owner occupiers, who are likely to benefit from a lower serviceability threshold granted by APRA this year. On the other hand, Melbourne’s unit prices are forecast to grow moderately in 2020/21 and 2021/22 as rental growth returns to Victoria’s capital.

Despite its impressive growth over the past four years, Hobart’s housing market is now slowing due to affordability constraints. The residential markets in Perth and Darwin are also forecast to remain weak in the short term but with a projected uptick by 2021/22 as dwelling oversupplies are absorbed and affordability improves.