What Developers Need To Know About The Recent APRA Changes 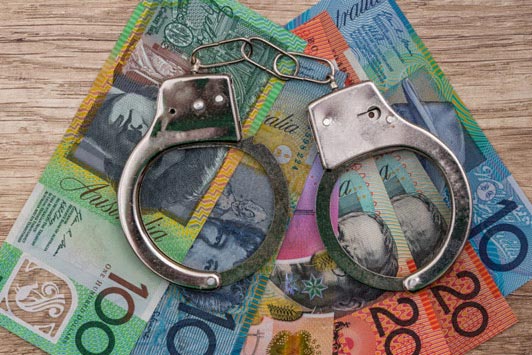 What Developers Need To Know About The Recent APRA Changes

APRA’s reversal of a 30 per cent cap on interest-only loans from Australian lenders has got investors and developers buzzing. But, the question is: does the relaxation of regulation signal an opportunity for the development industry?

APRA’s temporary supervisory benchmark on mortgage lending was put in place in March 2017 to force banks to be more thorough and cautious with their lending processes and to mitigate risk in the home loan market. One notable benchmark was 30 per cent cap on interest-only lending in a bid to reduce high-risk loans in the market.

Effects on the $1.6 trillion Australian housing market were immediate, with new interest-only loans dropping below the 30 per cent cap to just 16 per cent of new loans issued. Although the latest 30 per cent cap was put in place with the aim of improving the quality of mortgage portfolios, it has led to a marked decline in investment-only lending for home owners.

In a surprising move, APRA removed the interest-only lending cap this month, following the successful reduction of new high-risk loans across the board. The relaxation of regulation was also an attempt to stabilise and reinvigorate Australia’s volatile property market.

Despite the changes making waves throughout the media, it is unlikely that these changes will have a significant impact on the market or finance for developments in the short term, however in the long term it may help open up a larger pool of investors for new developments.

According to CoreLogic, the cap was unlikely to ever have made a significant impact on property prices. CoreLogic’s head of research Cameron Kusher told the ABC he didn’t think the changes were really that monumental.

“If you look at lending to interest-only borrowers, it’s [already] sitting at about 16.5 per cent of new lending, when the cap is 30 per cent.”

“What it might do is make it easier for people who are coming to the end of their interest-only mortgages — or are getting into financial hardship — to refinance with a normal lender, without going to the non-bank sector,” he said.

Initially, APRA’s measures were fuelled by concerns surrounding increased housing prices and resultant household debt, in addition to low interest rates and a competitive national market. Their announcement of lending caps (in 2014 and 2017) on both property investors and new interest-only borrowers has made banks take a harder line with potential customers and make them more aware of how fluctuating conditions can affect their financial resilience – something that continues even as the cap has been lifted.

Now that the proportion of interest-only lending is significantly below the 30 per cent threshold, developers can re-enter a somewhat risk-mitigated buying and selling climate. Although banks are still cautious of higher-risk loans, developers could have access to more active investment buyers if past events repeat.

In the aftermath of the 2014 APRA investor loan lending cap, real estate companies and developers hoped the significant fall in investment lending might be reversed. Because of this, several of Australia’s largest lenders began slashing their rates on interest-only investment loans to stimulate the market and create a more competitive environment.

If the same incentives are seen following APRA’s most recent decision to lift their lending cap, it may lead to an increase in new home investors and emerging trends that developers would be smart to keep an eye on. Although it is prudent to acknowledge that the 2019 residential market is noticeably different to conditions seen in 2014.

If lending limits continue to be placed on major banks, who remain the largest lender to commercial real estate borrowers, both investors and home owners will likely continue to be pushed toward an alternative (non-bank) form of finance to avoid loan volatility. Add to that the ongoing pressure of property affordability and return, new and seasoned developers are still looking for alternative viable finance solutions for their projects.

Even if APRA’s most recent reversal of the interest-only cap doesn’t result in any ‘monumental changes’ to the industry, it has ultimately contributed to the ongoing overhaul of the Australian development sector and how new projects are financed. While the immediate impact of the reversal will be minimal in how it affects investors and the market, it signals APRA’s long-term intent to reign in risky lending practices and to tighten future credit lending continues to have tangible effects on the market.

At DFP we have in depth knowledge of the banking and finance sector and extensive relationships in the private funding space.  Contact Us to discuss finance for your project.