Why affordable housing isn’t just an opportunity for politicians 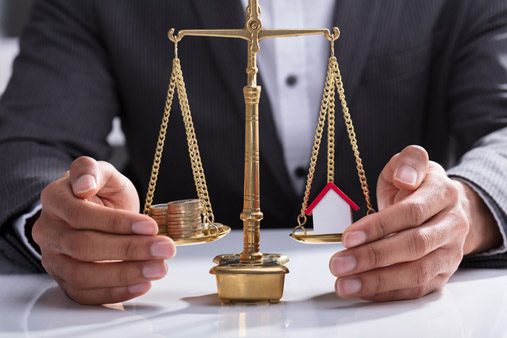 Why affordable housing isn’t just an opportunity for politicians

In 2019, ‘affordable housing’ has become a buzzword in many different professional sectors, particularly within Australian politics. But, as the Australian housing bubble weakens and homeowners get their foot back in the door, developers should be looking at what opportunities affordable housing can offer their businesses.

Although affordable housing is quickly dismissed as an issue to be left to both State and Federal governments, the issue is too large to be solved purely through government intervention. Instead, private developers should be looking at how affordable housing could work to both benefit the community and diversify their portfolios in complicated market conditions.

What is affordable housing?

Over time, as Australia’s property boom led the housing market to crisis point, affordable housing became primarily recast as a social service, linked to government welfare sectors. But, in reality, affordable housing is simply appropriate housing for a range of low to moderate income households, to ensure that rent costs don’t eat into other living costs such as food, clothing or medical expenses.

To be classified as affordable, housing costs have to remain less than 30% of household income, and they are usually developed with some assistance from government planning incentives. Types of affordable housing range from houses, or studio apartments, to single or multi-bedroom units.

However, a key distinction needs to be made between affordable housing and social housing. The main difference being that affordable housing is made available to a broad range of household incomes and has less eligibility criteria for tenants. Properties are managed similar to private rentals and often owned by private developers or investors.

Why we need affordable housing

Safe, adequate and affordable housing is an essential requirement of health and well being, and social cohesion. People in need of affordable housing are some of the most vulnerable in the community and are most affected by price increases in the private rental market.

In the past, policy makers have struggled to combat reduced house supply and government investment. As a result, demand for affordable housing still far exceeds existing supply.

The Australian Government estimated that 142,685 lower-income renter households in Victoria were in housing stress in 2015-16. In many of these cases, households were allocating over 50% of their income to rent or mortgage payments. More recently, Transforming Houses calculated a deficit of 164,000 affordable housing dwellings in Victoria, with over 90% of this deficit in Greater Melbourne.

An inquiry into increasing affordable housing supply by The Australian housing and Urban Research Institute (AHURI) found an estimated nation-wide deficit of over 200,000 affordable dwellings in 2018.

In addition to protecting community needs, researchers have found a link between adequate affordable housing and productivity. A 2019 report by City Futures Research Centre found there are big savings in transport costs and increases in productivity for people living closer to work.

By building sufficient volumes of affordable housing closer to where people work, travel times can be significantly reduced, which reduces costs for households and increases time available for productivity. Building affordable housing not only has a substantial effect on the economy, but could even improve job mobility and average incomes over time.

The opportunities for developers in affordable housing

High demand and limited availability have meant that public housing for Australians in need has become restricted in recent years. This has created higher demand and a large market for new affordable housing in high-pressure urban areas, something that developers could capitalise on to diversify their portfolios while creating much-needed assets for the local community.

One example of this is the 10 Mooki Street project, located in southern Sydney. Working closely with DFP, the developer was able to capitalise on the AHSEPP regime to access various planning concessions relating to floor space, car parking and development controls – allowing for a greater number of dwellings on the site. The trade-off for these concessions was the inclusion of two units that are earmarked as Affordable Housing dwellings (to be tenanted for 10 years at a 10% discount of market rate rent).

The 10 Mooki Street project was shortlisted for a Commercial Innovation award at the 2018 Urban Developer Awards, and the inclusion of Affordable Housing within the project has demonstrated the unique opportunity that affordable housing offers developers. By setting aside only a portion of a development for affordable housing, the rest can remain at market value while the developer can access unique benefits – providing an opportunity for both developer profit and community well being.

Another example is in inner-Melbourne, where the Barnett Model development offered 28 apartments out of a total 34 dwellings to people previously on the waiting list for social housing. The 28 apartments were offered to buyers with a $25,000 deposit, and a loan to cover either 63% market value or the development costs – under a ‘deferred second mortgage’ arrangement. The remainder of the apartments were rented or sold at market value.

A report from AHURI argues that reconceptualising affordable housing as essential public infrastructure might help to attract additional investment from developers. In the same way, devising planning schemes such as inclusionary zoning and density bonuses might provide an answer to Australia’s affordability challenges.

By mandating the development of affordable housing when land is rezoned, the planning system can be leveraged to offer developers voluntary planning incentives and provide them with density bonuses.

The problematic undersupply of affordable housing is not going anywhere and will remain a debated topic in the lead up to the Federal election. Government incentives, coupled with the recent removal of some bank lending restrictions, could support the emerging build-to-rent sector and provide developers with the opportunity to embark on more affordable housing projects in key areas.